You are here: Home1 / Articles2 / California3 / California’s Economy May Seem Healthy, But Just Wait for the Next Rece... 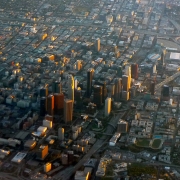 The California economy may seem healthy on the surface, with home prices soaring, Silicon Valley booming and the state government posting big multi-year state budget surpluses thanks to a massive surge in capital gains tax revenues and income tax revenues from tech stocks.

But that good news masks a dangerous period ahead.

In fact, California’s heavy dependency on tax payments from the rich and on the continued strength of the tech economy makes the state highly vulnerable in the event of a significant slowdown — or, worse yet, a full-bore global recession. According to Jim Doti of the A. Gary Anderson Center for Economic Forecasting at Chapman University, the probability of a recession starting late this year or next is very high.

Property prices are already beginning to drop in parts of the Los Angeles area. Similarly the IPO market, a major source of capital gains, is retrenching. Financial setbacks for the wealthy are problematic for the state because the top 1% of income-earning Californians pay 46.2% of all personal income taxes.

We’ve been here before. After the last recession ended in 2009, it took the state five years to get revenue from income taxes back up to pre-downturn levels. During those five years the state received about $50 billion less in revenue than if the recession had not occurred, and government was forced to cut programs by about $45 billion to compensate, according to the California Franchise Tax board.

Today, the state is even more reliant on tax revenues from its wealthy elites: Capital gains collections have increased roughly fivefold since 2010. Income taxes, mostly from the very wealthy, which barely constituted one-third of state revenues in 1980, now make up two-thirds.

A new recession, or even simply a slowdown, would place California in a very difficult position, particularly given that it continues to engage in what CalMatters columnist Dan Walters calls “an expansionist binge” of ever greater social spending and housing subsidies. Despite strong annual budgets, California suffers the highest debt of any state — $507 billion. It is projected that the cost of servicing the state’s debt in 2022 and 2023 will be approximately $8 billion annually and could grow even higher as interest rates rise. 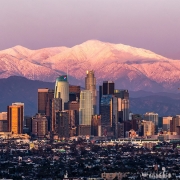