You are here: Home1 / Articles2 / Demographics3 / We’re Telling the Wrong Story About Race in America 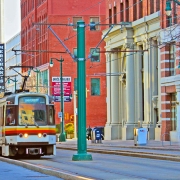 It’s been a week since a mentally ill racist murdered 10 people, most of them Black Americans, in a Buffalo supermarket. In the intervening days since this horrific tragedy, many have noted how often liberal journalists and politicians have tried to pin the blame for the mass shooting not just on the shooter and his far-right racist ideology, but anyone outside their progressive circles. In what was perhaps the most extreme example of this widespread trend, the cultural warriors of Rolling Stone insisted that the isolated and largely unhinged shooter was no outlier but “a mainstream Republican.”

Of course, one finds no such blame game when a shooter comes from the far Left, or when he is an Islamic militant or a Black nationalist; the same people blaming all Republicans for the Buffalo shooter can somehow clearly see that killers like the Waukesha murderer or the Jersey City shooter are crazed outliers rather than some kind of politically charged weapon. But the minute they can blame their political opponents for murderous extremists, they lose sight of this reality.

This is because for American progressives, evil only comes in one color—white; woke progressives have bought into a worldview in which people are classified and persecuted entirely due to their racial genome.

This orthodoxy is dangerous and divisive. It’s also fundamentally wrong. The truth of the matter is, Americans have never been less deserving of being called racist than we are today—the irresponsible embrace of “replacement theory” by some media figures like Tucker Carlson notwithstanding.

Unlike the progressives who dominate our publications and airwaves, most Americans don’t learn about race in college grievance classes but by experiencing the radical diversity of this nation firsthand, living in a country where salsa outsells ketchup and Modelo is about to surpass Budweiser as the nation’s top beer brand.

Nor is our multiculturalism limited to cosmopolitan mega cities. Recent immigrants are flocking to the South, the Sunbelt and even parts of the Great Plains. Even as core cities have re-segregated, in the 50 largest U.S. metropolitan areas, 44 percent of residents live in racially and ethnically diverse suburbs, which are anywhere from 20 percent to 60 percent non-white. Nationwide, in the 53 metropolitan areas with more than 1,000,000 residents, more than three-quarters of Blacks and Hispanics now live in suburban or exurban areas.

They are not “replacing” anyone; they are helping build new communities. 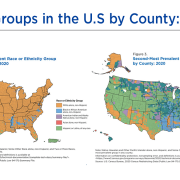 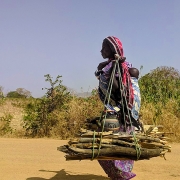 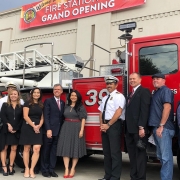 D. Ramey Logan, used under CC 4.0 LicenseCalifornia’s Economy May Seem Healthy, But Just Wait for the Next Recessi...
Scroll to top