You are here: Home1 / Articles2 / Politics3 / America the Indispensable 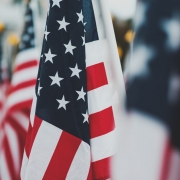 God has a special providence for fools, drunkards, and the United States of America.
~Otto von Bismarck

Post-millennium America does not look good at a glance. The country has struggled with the pandemic and with deepening divisions over race, class, inequality, and culture. It is in the humiliating process of losing another war, this time in Afghanistan. Since 2016, the world’s largest economy has been presided over first by the buffoonish and occasionally deranged Donald Trump, and then by an aging Joe Biden who bears scant resemblance to Franklin Roosevelt.

Yet, despite its manifest failings—the assault on the Capitol by Trump’s supporters was not a good image builder—the US remains the indispensable country, the last major counterforce to the rising authoritarian challenge of China, and its growing list of allies, including perhaps the new Islamist regime in Kabul. It remains, without question, the only nation with the natural resources, population, military, and technical skill to rally the West and salvage its threatened legacy.

The US routinely rises to the challenge late, a pattern evident in both World Wars, the initial period of the Cold War, the response to China’s late 20th century industrial juggernaut, and the terrorist threat. But in the end, it remains a huge and blessed land with enormous sokojikara, or “reserve power,” as Japanese political scientist Fuji Kamiya described it decades ago, that allows it to overcome competitors.

The case for America

Pessimism about America’s direction has resurged, following a brief improvement when Biden became president. According to an ABC/Ipsos poll, Americans’ optimism about the country’s direction has dropped 20 points since May. Concern is growing that the country is in a  precipitous decline, something that won’t improve with the bleak images from the Afghani debacle. Most Europeans believe that China will soon replace America as the world’s economic powerhouse. The Chinese, unsurprisingly, seem to feel the same. In a since-deleted tweet, Ministry official Zhao Lijian described Western efforts to slow China’s dominion as being “as stupid as Don Quixote versus the windmills … China’s win is unstoppable.”

So will our children—now living in unhappy and increasingly divided societies—grow up kowtowing to the Mandarins? Without America, that’s the future for the West and everyone else. Europe, politically divided, demographically stagnant, and anti-American, lacks the capacity and willingness to resist. Germany appears unwilling to stand up to either its largest trading partner, China, or to its now-favored supplier of energy, Russia. Weaker European states, such as Italy, the Czech Republic, Greece, Macedonia, Montenegro, Poland, Portugal, Serbia, and even rightwing favorite Hungary have signed up to be cogs in China’s “Belt and Road initiative.” Asia’s democracies can’t hack it without America. Japan is a rich but aging country that lacks much forward momentum, something that can also be said of South Korea. India is still too poor and chaotic to match China’s regimented power.

Nevertheless, as Bismarck suggested, it’s not usually a good idea to bet against the United States. Trump’s disruptive interlude, notes Walter Russell Mead, may have concentrated the minds of others, creating “new leverage” for the US now that its support, particularly on the military side, can never again be taken for granted, particularly if they don’t seem willing to fight for themselves. Some countries, like the Philippines, have already reconsidered their China links and moved closer to Washington. Even some Europeans, notably France’s Emmanuel Macron, are ready to consider China as a strategic “rival.” 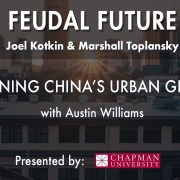 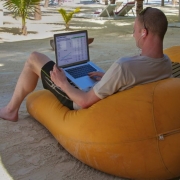 Powering Down the Developing World
Scroll to top