You are here: Home1 / Articles2 / Politics3 / Step Aside NASA, Elon Musk Is In Charge Now 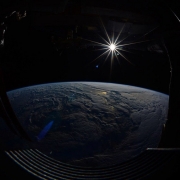 NASA’s recent decision to scrub their big moon flight — with rescheduling weeks away — is yet another illustration of how this once mighty federal agency has lost its way. It is already 2022 and the space agency has failed to send another person on the moon for a half century. It is far from tackling the more critical project of visiting Mars.

So with NASA locked in bureaucracy, the momentum has shifted to private industry, which increasingly dominates the burgeoning space industry. Here there is a parallel with what historian J. H. Parry called the “Age of Reconnaissance” in which the initial moves for the creation of the modern world economy were state-sponsored, but the development of the global shipping and the establishment of mercantile colonies was private. Many of the boldest explorers of that era were figures like Sir Walter Raleigh and Sir Francis Drake, privateers seeking profits as well as personal glory.

We are now entering the “Commercial Space Age”, replacing the era of state-led exploration. Today exploration is being driven by billionaires like Elon Musk, Jeff Bezos and Richard Branson, and a host of young companies like Space X, Relativity Space, Virgin Galactic, Blue Origin and Rocket Lab, which recently announced a mission to explore the gases of Venus.

Government is still a large player in countries as diverse as India, Japan, Russia and Israel. China, which is considering a mile-long spaceship, will not likely allow entrepreneurs to lead its dreams of a galactic mandarinate. But in the West, the drive will not be led to NASA, suffers from what author and space expert Rand Simberg notes calls “risk aversion”.

The reasons for the rise of privateers resonates with that of the sea-going privateers — the lure of lucre. The government’s Bureau of Economic Analysis (BEA) estimates that the space industry contributes approximately $200 billion to the U.S. economy and employs 354,000 people today. New research sees that number growing substantially, and projects the global space economy will be worth $1.0 trillion by 2040. This unscripted opportunity, of course, can expect opposition from the green progressives who dub it just a reflection of capitalism’s flawed obsession with growth. 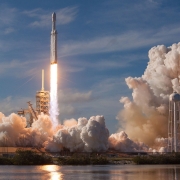 SpaceX, used under CC 2.0 License Who Will Control the 21st Century? Whoever Controls Space

Can Space Save Earth?

INVITE JOEL TO SPEAK
Feudal Future Podcast: The State of the Economy