You are here: Home1 / Articles2 / In the News3 / Welcome to the End of Democracy and It’s Not Trump’s Fault 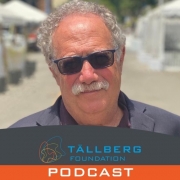 “We may remain, as we are now, nominally democratic, but be ruled by a technocratic class empowered by greater powers of surveillance than those enjoyed by even the noisiest of dictatorships.”

Those words were written by Joel Kotkin in a recently published essay on democracy’s demise. Donald Trump is not the villain of the piece, as most pundits want us to believe, nor other populists outside the United States. Rather, Kotkin argues that the withering of democratic process and institutions reflects the deeper transformation of American and European societies: the emergence of a ruling technocracy; the use of the pandemic and the environmental crisis to constrain individual rights; the new concentration of power in governments, and the growing distance between the governing and the governed. All of it is made worse by the mind-boggling concentration of economic wealth, which is as much an issue in China as it is in the United States.

Kotkin’s analysis deserves our attention. What do you think—not about Trump, but about democracy? Who can do what to bend the arc away from the dystopian end game that he and others describe?

Joel Kotkin is the Presidential Fellow in Urban Futures at Chapman University in California and Executive Director of the Urban Reform Institute, as well as the author of the Coming of Neo-Feudalism: A Warning to the Global Middle Class.

The Tällberg Foundation, launched in 1981, exists to explore the issues that are challenging —and changing— our societies. Today, those challenges are profound: the world that we have known since the mid 20th century, which produced unprecedented peace as well as human advance, is changing at a pace and in directions that threaten to evolve towards Orwellian dystopia.

Tällberg’s work program focuses on understanding how to re-inject ethics into leadership; re-establish the legitimacy of governance; and manage, instead of being managed by, disruptive technologies, climate change, mass migration and other phenomena. We aim to contribute to the new thinking —and new acting— required by this moment in history.

Listen to the Tällberg Podcast

Read ‘Welcome to the End of Democracy’ 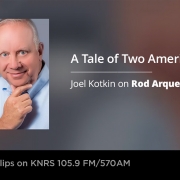