You are here: Home1 / Articles2 / Politics3 / Welcome to the End of Democracy 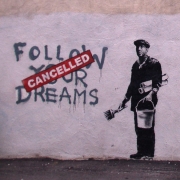 We bemoan autocracies in Latin America, the Middle East, Africa, Russia and China but largely ignore the more subtle authoritarian trend in the West. Don’t expect a crudely effective dictatorship out of Orwell’s Nineteen Eighty-Four: we may remain, as we are now, nominally democratic, but be ruled by a technocratic class empowered by greater powers of surveillance than those enjoyed by even the nosiest of dictatorships.

The new autocracy rises from a relentless economic concentration which has engendered a new and fabulously wealthy elite. Five years ago, around four hundred billionaires owned as much as half of the world’s assets. Today, only one hundred billionaires own that share, and Oxfam reduces that number to a mere twenty-six. In avowedly socialist China, the top one percent of the population holds about one-third of the country’s wealth, up from 20 percent two decades ago. Since 1978, China’s Gini coefficient, which measures inequality of wealth distribution, has tripled.

An OECD report issued before the Covid pandemic finds that almost everywhere, the non-rich share of national wealth has declined. These trends can be seen even in social democracies like Sweden and Germany. In the United States, as the conservative economist John Michaelson put it succinctly in 2018, the economic legacy of the last decade is “excessive corporate consolidation, a massive transfer of wealth to the top 1 percent from the middle class.”

This process has developed both in the tangible and digital economies. In Great Britain, where land prices have risen dramatically over the past decade, less than one percent of the population owns half of all the land. On the European continent overall, farmland has fallen increasingly into the hands of a small cadre of corporate owners and the mega-wealthy. In America, the largest farmland holder is Bill Gates, with over 200,000 acres, while Ted Turner and John Malone preside over lordly estates of over two million acres each — larger than several American states.

As property has concentrated, small-holders have come under increased pressure. Australia historically has enjoyed high rates of homeownership, but the rate among twenty-five to thirty-four year-olds dropped from more than 60 percent in 1981 to only 45 percent in 2016. The proportion of owner-occupied housing in once-egalitarian Australia has dropped by 10 percent in the last twenty-five years. Morgan Stanley predicts that the US will soon become primarily a “rentership society” where Wall Street firms seek to turn homes, furniture and other necessities into rental products.

The digital economy is similarly dominated by a small group of giant firms. These overlords together exercise control of up to 90 percent of critical markets such as basic computer operating systems, social media, online search advertising and book sales. No longer satisfied with controlling the pipelines, the tech oligarchy increasing buys up old news outlets and “curates” the news to its tastes. It increasingly dominates mainstream entertainment too: the pending sale of MGM to Amazon is just the most recent example of its conquest and consolidation of the means of communication.

Like the barbarian princes who shaped the Middle Ages, the new oligarchs have been able to seize their fiefdoms with little resistance from weak central governments. The pandemic accelerated this process; its lockdowns and restraints on mobility proved a bonanza for tech companies like Google, whose profits doubled during the period. In this highly regulated environment, the tech-rich have simply gotten richer: seven of the ten richest Americans come from the tech sector. Apple, by some calculations, is now worth more than the entire oil and gas industry. The already obscenely rich have become richer still. Jeff Bezos alone saw his net worth jump by an estimated $34.6 billion in the first two months of the pandemic, while his company has enjoyed continued revenue and profit growth.

As executive compensation reached the stratosphere in Big Tech and finance, small businesses face what the Harvard Business Review calls “an existential threat.” Experts now warn that one third of small businesses, which comprise the majority of US companies and employ nearly half of all workers, could ultimately shut down for good. Hundreds of thousands have already disappeared, including nearly half of all black-owned businesses. Particularly damaged have been the small merchants along Main Street and those working for them, such as restaurant and hospitality workers.

Read the rest of this piece at The Spectator World. 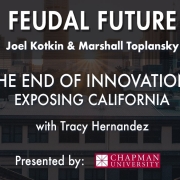 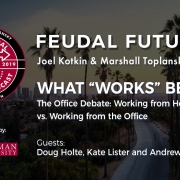 INVITE JOEL TO SPEAK
Is This the End of Progressive America?