You are here: Home1 / Articles2 / Demographics3 / How the Boomers Robbed the Young of All Hope

“Young people do not degenerate; this occurs only after grown men have already become corrupt.” – Montesquieu, The Spirit of Laws, 1748.

The great test of a generation is whether it leaves better prospects for its descendants. Yet by virtually every indication, the baby boomers, and even the Gen Xers, are leaving a heritage of economic carnage – as well as a growing social and cultural dissipation that could shape our future and the fate of democratic self-rule, and not for the better. This legacy comes not from outside forces, but the investment bankers, tech oligarchs and their partners in the clerisy who have weakened their national economies and undermined the chances of upward mobility for most young people.

About 90 percent of those born in 1940 grew up to earn higher incomes than their parents, according to researchers at Harvard’s Opportunity Insights project. The same is true for only half of those born in the 1980s. In contrast to baby boomers’ massive rise into the property-owning middle class, millennials inherit a world in which the middle ranks are struggling almost everywhere, notes the OECD. According to a recent study by the Federal Reserve Bank of St. Louis, American millennials are in danger of becoming a “lost generation” in terms of wealth accumulation.

It is no surprise that recent college graduates report the highest levels of anxiety in the country; suicides, particularly among young girls, have soared to record levels according to the Centers for Disease Control. By one measurement, one in five teenage girls suffered “a major depressive episode” in the years before the coronavirus pandemic, and two in three college students reported problems with loneliness. This pattern appears in virtually every advanced country. In 2017 the Pew Research Center found that poll respondents in France, Britain, Spain, Italy and Germany are even more pessimistic about the next generation than those in the United States. Concern for the next generation’s prospects is also widespread in such important developing countries as India, South Africa and Nigeria. The Japanese are even more discouraged: three-quarters of those polled there believe that things will be worse for the next generation.

This sad state of affairs is doubly tragic for having been largely self-inflicted. Over the past half century, our corporate elites have shifted many activities, notably manufacturing but also technology, to other countries. Since 1990 the US deficit in trade in goods with China has ballooned from less than $10 billion annually to a high of $418 billion in 2018. This has enriched many of our leading manufacturing companies – notably Apple – while costing an estimated 3.4 million US jobs since 2001. During this period China increased its share of world manufacturing from less than 10 to 30 percent. Our corporate elites, and their enablers, have embraced the notion that production – whether energy or manufactured goods – is old-fashioned and does not hold a central role in economic prosperity. Economist Christina Romer, who chaired President Obama’s Council of Economic Advisers, once dismissed concerns about industrial losses as reflecting merely “sentiment and history.”

It was not the Chinese or the Russians who forced deindustrialization, but high-paid consultants and financial hegemons, suggests Tom Mahoney, a principal figure at Mforesight, a firm that studies and advocates for manufacturing innovation. The shift away from production was sold largely by high-end “experts” who offered higher short-term profits and sold the idea that a manufacturing firm could maintain itself long-term without controlling its own production. “McKinsey is the great evil empire,” he contends, “along with anyone with an MBA.”

The next generation will pay the price for consultants’ private jets and lush retreats. According to a Deloitte study, millennials in the United States will hold barely 16 percent of the nation’s wealth in 2030, when they will be the largest adult generation by far. Gen Xers, the preceding generation, will hold 31 percent, while boomers, entering their eighties and nineties, will still control 45 percent of the nation’s wealth. If anything, the pandemic helped older, wealthier people, while young people, particularly in the working class, saw their economic prospects, not to mention their mental health, decline.

Read the rest of this piece at The Spectator World. 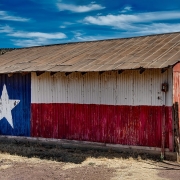 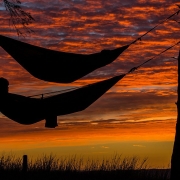 INVITE JOEL TO SPEAK
Kotkin: Voters Concerns Not Being Addressed by Biden Administration