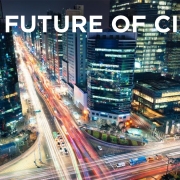 On October 18, AEI’s Ryan Streeter discussed the changing global urban demographics with a panel of contributors to the forthcoming volume The Future of Cities (AEI, 2023). The panel began by addressing the need for a new perspective on cities, particularly after cities recover from the pandemic.

Li Sun of the University of Leeds mentioned that China has become overwhelmingly urban: Nearly 80 percent of China’s gross domestic product is clustered in 19 cities. Yet with this massive growth comes inequality and inadequate state welfare.

ETM Analytics’s Bheki Mahlobo and Hügo Krüger, an independent consultant and writer, noted that in South Africa, understanding history is just as important as understanding economics. As with other African countries, South Africa has a revolutionary ideology embedded into its culture. Understanding this, along with economics, is key to future urban growth.

Finally, the Urban Reform Institute’s Wendell Cox touched on the push to suburbanize and expand the reach of metropolitan areas. This ever-expanding urban area has created a cost-of-living crisis, only enhanced by inflation.

In sum, the Urban Reform Institute’s Joel Kotkin referenced Frank Lloyd Wright: “The citizen is really the city. The city is going wherever he goes.”
—Michael Pugh

INVITE JOEL TO SPEAK
Ohio and the Battle for Populist America