You are here: Home1 / Articles2 / Politics3 / Stomping on the Suburbs 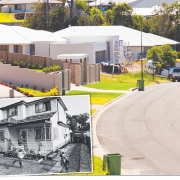 Our way of life is a miracle for this kind of world, and … the danger lies in thinking that of it as ‘natural’ and likely to endure without a passionate determination on our part to preserve and defend it.”
— W.V. Aughterson, The Australian Way of Life, 1951

For generations, Australia has enjoyed among the highest living standards in the world. The “Australian dream”, embodied largely by owning a single-family home with a small backyard, included well over 70 per cent of households.

Today that dream is fading.

Those who are aged above 55, notes the Grattan Institute, still enjoy homeownership rates around 80 per cent but property ownership rates among 25-34-year-olds have dropped from more than 60 per cent in 1981 and to 45 per cent in 2016. Equally disturbing, new migrants, the lifeblood of an increasingly diverse country, have experienced a significant fall; skilled immigrants, for example, have seen their homeownership rate plunge just this decade from over 40 per cent to barely 25 per cent.

The obvious villain here is high-housing prices, that have risen twice as fast as incomes over the past four decades, a rate far higher than other high-income countries. Today, notes demographer Wendell Cox, “Sydney’s house prices, even after a recent readjustment, are higher, based on income, than any first world city besides Hong Kong; its housing costs eclipse great global cities like Los Angeles, New York, and London.”

To an outsider, Australia’s high housing prices are puzzling for a big country with relatively few people. Only 0.3 per cent of the country’s land is already urbanised compared to 6 per cent in the UK and 3 per cent in the US. To be sure, much is desert, as is the case in America as well, but huge swathes near both east and west coasts remain largely uninhabited.

Most Australians should feel free to dream but instead must struggle against regulations designed to force densification and curb “sprawl”.

Read the rest of this piece at The Daily Telegraph.

Joel Kotkin is the Roger Hobbs Distinguished Fellow in Urban Studies at Chapman University and executive director of the Houston-based Center for Opportunity Urbanism. He authored The Human City: Urbanism for the rest of us, published in 2016 by Agate. He is also author of The New Class Conflict, The City: A Global History, and The Next Hundred Million: America in 2050. He is executive director of NewGeography.com and lives in Orange County, CA. His next book, “The Coming Of Neo-Feudalism: A Warning to the Global Middle Class,” will be out this spring.