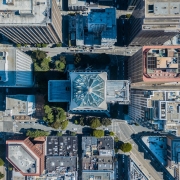 Earlier in this decade, cities—the bigger and denser the better—appeared as the planet’s geographic stars. According to Benjamin Barber, author of the 2013 book If Mayors Ruled the World, everyone would be better off if the ineffective, aging nation-state were replaced by rule from the most evolved urban areas. This, Barber argues, would provide the “building blocks” of global governance run by a “parliament of mayors.”

In reality, the validity of the “back to the city” meme was never as pronounced as its boosters believed. And now it seems, if anything, to be reversing—first demographically, then economically—as workers and key industries seek more affordable and congenial environments. Furthermore, many elite urban centers are diverging, sometimes radically, from national norms which produces a political conundrum. As big city politics shift ever further to the left, particularly on climate and “social justice” issues, not only are they becoming toxic to the middle class, they are becoming places many avoid rather than models that invite imitation.

In the 1990s, following decades marked by shrinking or stagnant city populations, major American cities like New York, San Francisco, and Boston began, once again, to attract residents. But the big action was in the developing world. In China, the urbanization rate increased from 19 percent in 1979 to nearly 60 percent in 2018, according to Li Tie, president of the China Center for Urban Development. By 2020, Shanghai, the largest city will have quadrupled in size to 24 million over a half century, while Beijing will have grown by three times to 20 million. Even so, in both the Capital and the financial center has been outside the urban cores.

Read the rest of the piece at Quillette.

Joel Kotkin is a Presidential Fellow in Urban Futures at Chapman University and Executive Director for the Center for Opportunity Urbanism. His last book was The Human City: Urbanism for the Rest of Us (Agate, 2017). His next book, The Coming of Neo-Feudalism, will out from Encounter early next year. You can follow him on Twitter @joelkotkin