You are here: Home1 / Articles2 / Urban Affairs3 / America’s Great Cities are Gripped by Decline and Disorder 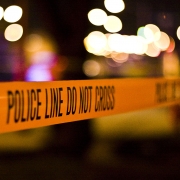 For the past decade, America’s urban centres have been increasingly run by ‘progressive’ activists. Yet today, as US cities reel from collapsed economies, rising crime and pervasive corruption, there’s something of a revolt brewing, the success of which may well determine the role and trajectory of our great urban centres.

This emerging conflict is coming to a head next week in Los Angeles, the US’s second-largest city, in the Democratic primaries for LA mayor. Next week’s vote is likely to lead to a head-to-head between moderate billionaire developer Rick Caruso and progressive congressperson Karen Bass, once considered a potential vice-president for Joe Biden. On the same day, ultra-liberal San Francisco district attorney Chesa Boudin faces a potential recall amid rising crime rates.

The possible shift towards the centre reflects a move back to more traditional urban policies, particularly on crime and homelessness. It’s not Republicans leading the charge against ultra-progressive policies, either. It is African American, Democratic mayors like Houston’s Sylvester Turner and New York’s Eric Adams.

Even the denizens of left-leaning cities are rethinking progressivism. Last year, Austin – Texas’ blue capital – rescinded provisions, backed by progressives, that allowed vast homeless encampments to spring up across the city. Earlier this year, similarly left-leaning Seattle removed its ultra-progressive district attorney and Buffalo voters defeated a socialist-backed Democrat in favour of a moderate African American. Even in San Francisco, progressive school-board members were overwhelmingly defeated in February 2022 – an ominous development for Boudin’s chances next week.

We could be seeing the beginning of a sea change in urban politics. Not long ago, Republicans were still competitive in urban areas, although larger cities have generally trended Democratic. In 1995, America’s 20 largest cities were evenly divided by party, but today Democrats control 16 out of the 20 largest cities. In the 1990s and 2000s, cities elected successful, pragmatic mayors from both parties – such as Bob Lanier and Bill White in Houston, Rudy Giuliani and Michael Bloomberg in New York, and Richard Riordan in Los Angeles – who focused on reducing crime, encouraging enterprise and improving basic city services.

Who Will Be the Next Mayor of Los Angeles?
Scroll to top