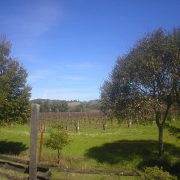 In this high-tech information age few look to the most basic industries as sources of national economic power. Yet no sector in America is better positioned for the future than agriculture–if we allow it to reach its potential.

Like manufacturers and homebuilders before them, farmers have found themselves in the crosshairs of urban aesthetes and green activists who hope to impose their own Utopian vision of agriculture. This vision includes shutting down large-scale scientifically run farms and replacing them with small organic homesteads and urban gardens.

Troublingly, the assault on mainstream farmers is moving into the policy arena. It extends to cut-offs on water, stricter rules on the use of pesticides, prohibitions on the caging of chickens and a growing movement to ban the use of genetic engineering in crops. And it could undermine a sector that has performed well over the past decade and has excellent long-term prospects.

Over the next 40 years the world will be adding some 3 billion people. These people will not only want to eat, they will want to improve their intake of proteins, grains, fresh vegetables and fruits. The U.S., with the most arable land and developed agricultural production, stands to gain from these growing markets. Last year the U.S.’ export surplus in agriculture grew to nearly $35 billion, compared with roughly $5 billion in 2005.

The overall impact of agriculture on the economy is much greater than generally assumed, notes my colleague Delore Zimmerman, of Praxis Strategy Group. Roughly 4.1 million people are directly employed in production agriculture as farmers, ranchers and laborers, but the industry directly or indirectly employs approximately one out of six American workers, including those working in food processing, marketing, shipping and supermarkets.

Yet none of this seems to be slowing the mounting criticisms of “corporate agriculture.” A typical article in Time, called “Getting Real About the High Price of Cheap Food,” assailed the “U.S. agricultural industry” for precipitating an ecological disaster. “With the exhaustion of the soil, the impact of global warming and the inevitably rising price of oil–which will affect everything from fertilizer to supermarket electricity bills–our industrial style of food production,” the article predicts, “will end sooner or later.”

The romantic model being promoted by Time and agri-intellectuals like Michael Pollan hearkens back to European and Tolstoyan notions of small family farms run by generations of happy peasants. But this really has little to do with the essential ethos of American agriculture.

Back in the early 19th century Alexis de Tocqueville noted that American farmers viewed their holdings more like capitalists than peasants. They would sell their farms and move on to other businesses or other lands–a practice unheard of in Europe. “Almost all the farmers of the United States,” he wrote, “combine some trade with agriculture; most of them make agriculture itself a trade.”

Despite the perceptions of a corporatized farm sector, this entrepreneurial spirit remains. Families own almost 96% of the nation’s 2.2 million farms, including the vast majority of the largest spreads. And small-scale agriculture, after decreasing for years, is on the upswing; between 2002 and 2009 the number of farms increased by 4%.

This trend toward smaller-scale specialized production represents a positive trend, but large-scale, scientifically advanced farming still produces the majority of the average family’s foodstuffs, as well as the bulk of our exports. Overall, organic foods and beverages account for less than 3% of all food sales in the U.S.–hardly enough to feed a nation, much less a growing, hungry planet.

Then there’s the even more fanciful notion–promoted by Columbia University’s Dickson D. Despommier–of moving food production into massive urban hothouses. In a recent op-ed in the New York Times he argues we are running out of land and need to take agriculture off the farm. According to Despommier, “The traditional soil-based farming model developed over the last 12,000 years will no longer be a sustainable option.”

Yet Praxis Strategy’s Matthew Lephion, who grew up on a family farm, points out that such projects hardly represent a credible alternative in terms of food production. Urban land is far more expensive–often at least 10 times as much as rural. Energy and other costs of maintaining farms in big cities also are likely to be higher.

Furthermore the notion that America is running out of land–one justification for subsidizing urban farming–seems fanciful at best. The past 30 years have seen some loss of farmland, but the amount of land that actually grows harvested crops has remained stable. Though some prime farmland close to metropolitan centers should be protected, agriculture has over the past decades returned to nature–forests, wetlands, prairie–millions of acres, far more than the land that has been devoted to housing and other urban needs.

However ludicrous the arguments, the Obama administration remains influenced by green groups and is the cultural prisoner of the lifestyle left, with its powerful organic foodie contingent. That leaves farmers and the small towns dependent on them with little voice.

The ability of greens and others to wreak havoc on agriculture can be seen in the disaster now unfolding in California’s fertile Central Valley. Large swaths of this area are being de-developed back to desert–due less to a mild drought than to regulations designed to save obscure fish species in the state’s delta. Over 450,000 acres have already been allowed to go fallow. Nearly 30,000 agriculture jobs–held mostly by Latinos–have been lost, and many farm towns suffer conditions that recall The Grapes of Wrath.

Not satisfied with these results, the green lobby has prompted the National Marine Fisheries Service to further cut water supplies, in part to improve the conditions for whales and other species out in the ocean. Given these attitudes, farmers, including those I have worked with in Salinas, are fretting about what steps federal and state regulators may take next.

One particular concern revolves around the movement against genetically modified food. Already there are calls for banning GMOs in Monterey County. Local officials worry this would cripple the area’s nascent agricultural biotech industry as well as the long-term ability of existing farmers to compete with less regulated competitors elsewhere. The fact that a less advanced form of genetic engineering also sparked the “green revolution” that greatly reduced world hunger after 1965 seems, to them at least, irrelevant.

When viewed globally, the anti-big farm movement seems even more misguided. As Chapman University’s professor of food science Anuradha Prakash observes, India’s own organic farms serve a small portion of the market and cannot possibly meet the nutritional needs of the country’s expanding population. “You just don’t get the yields you need for Africa and Asia from organic methods,” she explains.

A formula that works for high-end foodies of the Bay Area or Manhattan can’t produce enough affordable food to feed the masses–whether in Minnesota or Mumbai. The emerging war on agriculture threatens not only the livelihoods of millions of American workers; it could undermine our ability to help feed the world.