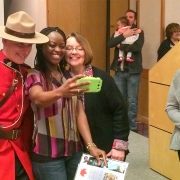 Recent government moves to increase immigration to 1.2 million over the next three years reflects both a hopeful sign for Canada’s future, but also potential impact. Along with immigration’s many benefits, we could see the intensification of racialism and identity politics, the kind that is threatening to tear apart an already deeply divided United States.

Of course, Canada is not burdened, like the United States, by the legacy of slavery, but both countries do share a similar legacy of displacement of Indigenous peoples and share a justified collective guilt over it. But Canada’s future, even more than that of the U.S., will be shaped by immigration. In Canada immigrants represent 21 per cent of the total population, compared to just 15 per cent in the US.

Most of these newcomers are from outside Europe. In the last half century, non-Europeans have grown from barely ten per cent to nearly 80 per cent of all immigrants. Using the awkward term “racialized” minorities used by the government to define non-Europeans, their share of the population rose from 16 to 22 per cent, between 2006 and 2016. By 2041, according to Statistics Canada, half of Canada could be immigrants, or their children.

Canada needs newcomers. After all, the Canadian birthrate has fallen well below replacement, contributing to skilled labour shortages in hospitals, factories and schools. In contrast to the U.S., where family ties predominate, Canadian policy wisely focuses on the county’s s economic vitality.

Certainly, many Canadian minorities embrace capitalist work ethic and discipline with enthusiasm. As in the U.S., they show a greater proclivity to start businesses than most Canadians. Overall, although their average incomes lag, racial minorities in Canada boast higher labour participation rates than Europeans, and have made steady progress, with most reaching close to equity by the third generation.

Rather than embrace and promote this progress, some Canadian academics, media and politicians — including Prime Minister Justin Trudeau — seek to construct an increasingly racialized public policy, with a fashionable emphasis on “anti-racism.” Rather than embrace his father’s passionate commitment to national unity, the son has adopted a race-driven ideology, separating Canadians by ethnic group, as well as gender and sexual orientation.

In the U.S. we can already see the damage caused by this mentality. Particularly under the Biden administration, racial classification has become a tool for preferences. Once the party of segregation before embracing integration, the Democrats now are regressing, again embracing racial preferences and quotas in universities, corporations, and professional organizations over merit as a primary qualification.

Wherever this approach is adopted, it undermines the very rationale that all liberal societies have enjoyed — and indeed are the very things that attracts migrants to these countries. In its ugliest form, the racialist agenda seeks to unite “people of colour” — known as BIPOC — against the white majority.

INVITE JOEL TO SPEAK
The Absurdity of California’s Reparations Proposal