You are here: Home1 / Articles2 / California3 / The Tech Breakdown 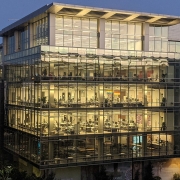 The record meltdown of Meta stock earlier this month suggests turbulence in the tech world and a difficult period ahead for the company formerly known as Facebook. But even as Meta’s stock has fallen, the record profits being posted by fellow oligarchical tech firms Google, Microsoft, Apple, and Amazon indicates that Silicon Valley’s hegemony is far from over. There’s virtually nowhere for new competitors to emerge given the stranglehold that these mega-firms and the associated Wall Street/venture capital money machine have over everything from video games to online ads, search engines, cloud computing, mobile phones, and computer operating systems.

Rather than seeing a new crop of rivals, we’re seeing changes driven by the dispersion of tech work away from places like Silicon Valley and toward emerging locales in Ohio and Texas. In large part, this reflects the extraordinary costs for housing, which makes homeownership a pipe dream for most millennials. A just-published report by Knock.com estimates that, at current prices, the median income household could require between 115 and 167 years to save for a down payment on the median-priced new home in San Jose, San Francisco, or Los Angeles.

Housing is one of the reasons, as my colleague and I show in a new report from Chapman University, that California now underperforms its main competitors (notably Arizona, Texas, Washington, and Utah) in many sectors of the economy—manufacturing, professional business services, construction, and energy. These competitors have begun to easily outpace California in economic growth related to innovation. Silicon Valley’s share of venture capital has also eroded considerably over the past decade.

Playing on those pre-existing trends, the COVID-19 pandemic appears to have driven tech workers out of California to smaller cities, less expensive places, and even rural areas. San Francisco, although not particularly hard hit by the pandemic in terms of total deaths from COVID-19, has suffered among the most severe population and office-space losses in the country. It’s no longer clear why anyone would want to pay the housing premiu to stay in San Francisco as crime shoots up and quality of life deteriorates. After all,most startups now see their future as dispersed and largely virtual. A new white paper from economists at the University of Chicago estimates that roughly 50% of Silicon Valley jobs can be done remotely.

The scale of the change taking place as the tech industry moves from one hub to many is reflected in the size of the real estate deals being signed. Chipmaker Intel is putting at least $20 billion—the company’s biggest investment ever—in a massive new facility outside Columbus, Ohio. The investment signals a shift that will create what company CEO Pat Gelsinger calls “the Silicon Heartland.” The Columbus area, which boasts an unemployment rate half that of California’s, has become a hub for melding manufacturing with technology and has developed an impressive local training initiative to service this growth.

Meta—which, despite its current problems, should not be counted out—has reportedly purchased 33 floors in downtown Austin, where Apple has now located its engineering division and Tesla is building its new factory. Virtually all of the new plants of the electric car industry and battery production are being located either in the Midwest or the South.

A similar dispersion of tech work is also taking place in Europe. In a new study by Swedish researcher Nima Sanandaji, the greatest growth in information-sector work is not taking place in the United Kingdom, France, or Germany but in less expensive places like Poland, Latvia, Slovakia, and Hungary. The hotspots now, Sanandaji suggests, are places like Bratislava, Prague, Tallinn, and Budapest.

Read the rest of this piece at The Scroll. 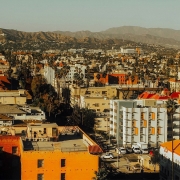 Webinar: The Case for Suburbia
Scroll to top