You are here: Home1 / Articles2 / Politics3 / The Socialism America Needs 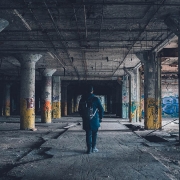 Clobbered from all sides by the pandemic, climate change and disruptions in virtually every industry by the rise of artificial intelligence, the capitalist dream is dying — and a new, mutant form of socialism is growing in its place. In the US, perhaps it’s no surprise that most Democrats have a better opinion of socialism than capitalism. Far more startling is the fact that they are not alone: the Republican party and the corporate establishment, which once paid lip service to competitive capitalism, are both starting to embrace the importance of massive deficit spending and state support.

But unlike the social democracy movements that followed World War Two, the New Socialism focusses not on material aspirations but on climate change, gender, and race. While the old socialism sought to represent the ordinary labourer, many on the Left today seem to have little more than contempt for old working-class base and its often less than genteel views on issues such as Critical Race Theory.

Yet perhaps the most critical difference between traditional socialism and its new form relates to growth. The New Socialism’s emphasis on climate change necessarily removes economic growth as a priority. Quite the opposite, in fact: the Green agenda looks instead towards a shrinking economy and lowered living standards, seeking to elevate favoured groups within a stagnant economy rather than generating opportunities for the general population.

As a result, this new variant of socialism seems more feudal than Marxist. As Edwin Aponte, editor of the socialist blog The Bellows, has observed, Marx opposed utopian socialists, with their dreams of a return to the cohesive social order of feudal times — instead, he favoured using technology and economic growth to lift them up.

Alexandria Ocasio-Cortez may not realise that the much-admired European socialist system was built on the back of a private sector. But the truth is that virtually all the successful welfare states — Germany, Netherlands, Scandinavia — rose on competitive economies: Swedish steel, Dutch chemicals, German machine tools and cars were critical to funding socialist programs in capitalist countries. But as this model slowly crumbles, as Europe loses its competitive edge to China and elsewhere, this lesson appears to have been forgotten. And in its place has risen a New Socialism that serves Wall Street, the City and the tech oligarchy.

The usual response from environmental activists is that the rapid transition to “zero carbon” will create oodles of new, well-paid jobs. In reality, however, these jobs generally pay less, offer fewer hours and are rarely unionised. The reality facing the middle class is an acceleration of our class divides and lower living standards. It’s long been de rigueur on the Green Left to cut back on homeownership, limit use of private cars or even fly on vacation. In other words, those who will suffer most are the very people whom socialism is supposed to save. Already energy poverty is on the rise in those places — from California to the EU — where punitive fuel costs have been increased.

Elsewhere, supply chain problems and inflation are now dismissed as “high-class problems”, even if it also means high prices for essentials such as milk, gas and rent. The Atlantic, a premier voice of the gentry Left, grumbles that “America’s central organizing principle is thoughtless consumption”, echoing the kind of homily handed out by Medieval clerics to disgruntled serfs.