You are here: Home1 / Articles2 / Demographics3 / The Fading Family 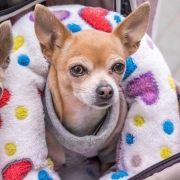 For millennia the family has stood as the central institution of society—often changing, but always essential. But across the world, from China to North America, and particularly in Europe, family ties are weakening, with the potential to undermine one of the last few precious bits of privacy and intimacy.

Margaret Mead once said, “no matter how many communes anyone invents, the family always creeps back.” But today’s trajectory is not promising. Even before the Covid-19 pandemic, family formation and birth rates were declining throughout much of the world, not just in most of the West and East Asia, but also in parts of South American and the Middle East.

The ongoing pandemic appears to be driving birth rates globally down even further, and the longer it lasts, the greater possibility that familial implosion will get far worse, and perhaps intractable. Brookings predicts that COVID will result in 300,000 to 500,000 fewer U.S. births in 2021. Marriage rates have dropped significantly to 35 year lows.

It’s been a half century since Stanford biologist Paul Ehrlich’s Population Bomb (1968) prophesied a surge of population that would foster Malthusian mass starvation, which echoed the premise of lurid book called Famine 1975! Ehrlich and his acolytes urged extreme measures to stave off disaster, including adding sterilant into the water supply. Similar conclusions were drawn four years later in the corporate-sponsored Club of Rome report, which embraced an agenda of austerity and retrenchment to stave off population-driven mass starvation and social chaos.

These predictions turned out to be vastly exaggerated, with a rapid decline in global hunger. The anticipated population explosion is morphing into something more like an implosion, with much of the world now facing population stagnation, and even contraction. As birth rates have dropped, the only thing holding up population figures in many places is longer lifespans, though recent data suggests these may be getting shorter again .

These trends can be felt in the United States, where the birthrate is sinking. U.S. population growth among the cohort aged between 16 and 64 has dropped from 20 percent in the 1980s to less than 5 percent in the last decade. This is particularly bad for the future of an economy dependent on new workers and consumers.

This demographic transition is even more marked in Japan, South Korea, Taiwan, and much of Europe, where finding younger workers is becoming a major problem for employers and could result in higher costs or increased movement of jobs to more fecund countries. As the employment base shrinks, some countries, such as Germany, have raised taxes on the existing labor force to pay for the swelling ranks of retirees.

Similar patterns can be seen in China. Expanding workforces like China’s—which grew by 380 million between 1980 and 2012—drove a world-shattering economic boom. Now, this resource is already in peril; birthrates have cratered to  historic lows. China’s working-age population (those between 15 and 64 years old) peaked in 2011 and is projected to drop 23 percent by 2050. This plunge will be exacerbated by the effects of the now discarded one-child policy, which led to the aborting of an estimated 37 million Chinese girls since it came into effect in 1980. By 2050, China is projected  to have 60 million fewer people under age fifteen, a loss approximately the size of Italy’s total population. The ratio of retirees to working people is expected to have more than tripled by then, which would be one of the most rapid demographic shifts in history, and by 2050 will be roughly 20 percent higher than that of the U.S.

These grim statistics have created an imbalance between the sexes that could pose an existential threat to President Xi’s “China dream,” and perhaps to the stability of the Communist state. But China is not the only Asian powerhouse with diminishing workforces, low fertility rates and marriage rates. Japan, Korea, Taiwan and Singapore all face similar threats.

Goodbye to the “Republic of Children”

Today’s demographic stagnation represents a throwback to earlier times. After the relative buoyant growth in Classical times, the Middle Ages also were a period of global demographic stagnation, caused by famine, pestilence, pervasive celibacy and poverty. Population growth soared with the rise of liberal capitalism in the Early Modern period, aided by changing attitudes toward motherhood, children, and families. Simon Schama describes the Netherlands, the fount of this transition, as a “Republic of Children” built around the nuclear family. The medieval obsession with the Virgin Mother and the unrealistic cherubim typical of Renaissance painting were replaced with domestic images characterized by “uncompromising earthiness.”

We now seem to be moving away from those values, and as in the Middle Ages, becoming less centered around the family. Serfs at least had religion and a sense of community; our societies have become increasingly lonely, with single men hit hardest and children, often without two parents or any siblings, and chained to social media, increasingly isolated around the world. In the U.S. since  1960, the percentage of people in the United States living alone has grown from about 12 percent to 28 percent. Even intimacy is on its way out, particularly among the young; the once swinging age groups now are suffering a “sex recession.”

Image by Michelle Raponi from Pixabay.

INVITE JOEL TO SPEAK
Big D is a Big Deal