You are here: Home1 / Articles2 / Demographics3 / The Coronavirus is Changing the Future of Home, Work, and Life 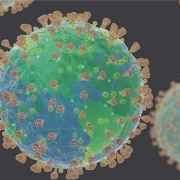 The COVID-19 pandemic will be shaping how we live, work and learn about the world long after the last lockdown ends and toilet paper hoarding is done, accelerating shifts that were already underway including the dispersion of population out of the nation’s densest urban areas and the long-standing trend away from mass transit and office concentration towards flatter and often home-based employment.

Amid 20 years of fanfare about how big, dense cities are the future, the country had kept spreading out with nearly all population growth since 2010 occurring in the urban periphery and smaller cities. As a new study from Heartland Forward, where I am a senior fellow, demonstrates, both immigrants and millennials—the key groups behind urban growth—are increasingly moving to interior cities and even small towns.

The coronavirus, which has hit major American cities hardest so far, is likely to accelerate that trend.

Both cases and deaths have been overwhelmingly concentrated so far in Seattle, Los Angeles, San Francisco, Boston and New York. Gotham has been the American epicenter; dense regions seem especially susceptible to pandemics. This has also been the case in Europe. Half of all COVID-19 cases in Spain for example have occurred in Madrid while the Milan region accounts for half of all cases in Italy and almost three-fifths of the deaths.

Suburban, exurban and small-town residents are, of course, vulnerable too, and will soon share some of the cities’ pain but far less than subway riders who live in crowded apartments. The people outside big cities, for example, get around in the sanctuary of their private cars and don’t have to push elevator buttons to get to and from their residences. Most rural areas, outside of some resorts, have suffered far less, benefiting from less crowding and unwanted human contact.

Simply put, pandemics are bad for dense urban areas, particularly those that are diverse and relatively free. This has been very much the case since antiquity. The more global and vital an urban system—Rome, Alexandria, Cairo, Venice, Florence, London, Paris—the more susceptible it is to the pandemics that seem to be occurring regularly over the past two decades. Cities no doubt will recover, particularly if real estate prices continue to fall, but the pandemics limit their upward trajectory and will continue to drive people elsewhere.

In this era, the most prominent physical expression of urban greatness—once cathedrals or great public works—has been the office building and the luxury housing tower. The growth of steel and glass towers reflect the magnetic economic power of big cities. And to be sure, we still see some new ones on occasion in places like New York and Chicago, and even more so in the rising cities of East Asia and the Middle East.

Yet even before the coronavirus, large office buildings were losing their primacy. New technologies make it increasingly easy for companies to work far from the dense megacities, sparking a process that one British writer has described as “counter-urbanization.” Due in large part to technology, we use far less space per new job. In the 1990s companies used 175 square feet of space per new employee, a number that dropped to 125 in the late 2000s and barely 50 square feet today. Between 2016 and 2018, a time of robust economic growth, net demand absorption plunged from 58 million square feet to 35 million square feet.

INVITE JOEL TO SPEAK
Could the Coronavirus Be a ‘Turning Point’ For New Yorkers To Leave...

Who Will Prosper After the Plague?
Scroll to top