You are here: Home1 / Articles2 / In the News3 / Joel Kotkin Q&A on ‘The Coming of Neo-Feudalism’ 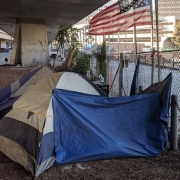 By: Carl M. Cannon
On: RealClearPolitics

Let’s start at the beginning, Joel. In talking about your new book, “The Coming of Neo-Feudalism: A Warning to the Global Middle Class,” do you literally fear that liberal capitalism is losing out to economic “feudalism”? And please put that word feudalism in a modern context for our readers.

The parallels are striking. In the long centuries after the feudal era — let’s say starting around 1200 ACE — there was a slow, but gradual rise of upward mobility and growing power to the middle class. In the 20th century this progress was extended to the working class. Despite its many crises, liberal capitalism provided a better way of life and higher expectations not only for Americans, but also Europeans, Japanese, east Asians, including China, Canada, Australia and even some developing countries.

That progress stalled in the 1970s in the West, as wealth began to concentrate in fewer hands and income growth all but ended for the vast majority. Instead, we see the rise of two classes that parallel the feudal structure. One is the oligarchy, notably in Silicon Valley, and the other is a modern version of the clerisy; one replicates the military aristocracy that rose after the end of the Roman Empire; the other, the powerful priesthood of the Catholic Church. Meanwhile the middle class, what I call the property-owning yeomanry, has declined while the ranks of the new serf class — essentially those with no hope of achieving property ownership or a shot to move into the middle class — have expanded.

This is the essence of neo-feudalism.

You sound the alarm about the fate awaiting the “global” middle class, but the book’s epicenter is in California. You have a contrarian opinion of the prevailing view, which was recently expressed this way by progressive writers Peter Leyden and Ruy Teixeira: “Cali­fornia is the future of American politics.” Apparently, you no longer believe that’s something to celebrate.

I have lived in California for nearly a half century. When I came here, it was the land of opportunity. Sure, there was poverty but also a lot of upward mobility. People came here to make their lives better. Now California suffers large-scale middle- and working-class out-migration and the highest poverty rate, adjusted for costs, of any state. Inequality, as James Galbraith and others have found, is about as steep as anywhere.

Our once-dynamic politics are frozen in place. California’s thriving two-party system morphed into a one-party state dominated by tech oligarchs, public employees, and green activists. The state’s Republican Party, which once loomed over the nation, has withered into a small Trumpist cult with perhaps 40% support at best.

In those halcyon days, futurists would exclaim, “I’ve seen the future and it works!” They were talking about California, a state that managed to combine social tolerance with dynamic technological innovation. But reading your book, I’m reminded that the line originally belonged to Lincoln Steffens and that he was talking about the Soviet Union in 1919.

How apt. The progressives now often act like Walter Duranty, the New York Times reporter who essentially flacked for Stalin during the great famine. They don’t want to hear anything bad about California because it is their role model. How often are Gavin Newsom or Kamala Harris, both former San Francisco officials, blamed for that city’s disorder and mass homelessness? How often do reporters note that despite the ruinously expensive environmental policies, the state has not even done a better-than-average job of reducing greenhouse gases, while cynically sending more of its production out-of-state? We may be mandated to use electric vehicles, but it’s increasingly clear they will be built elsewhere, as Tesla just announced its new expansion will be outside Austin. Ditto with SpaceX, which has been shifting from Southern California to Texas and Florida. Imagine what these plants could have done for south L.A. or Fresno!

If we had a Republican governor, the knives would be out from the progressive-dominated media. Yet whatever the party in power, economic injustice remains even if presided over by people with the “right” ideology. The hypocrisy is just more obvious now.

Read the rest of this piece at RealClearPolitics.

Carl M. Cannon is the Washington bureau chief for RealClearPolitics. Reach him on Twitter @CarlCannon.

INVITE JOEL TO SPEAK
Is the Big Cities Boom Over? Joel Kotkin and Richard Florida Debate on Munk...