You are here: Home1 / Articles2 / California3 / Is the California Dream Finished? 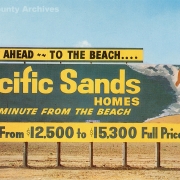 Our new report on the state of California’s middle class shows a lurch toward a society in which power and money are increasingly concentrated and where upward mobility is constrained, amid shocking levels of poverty. Most of this data doesn’t even account for the recent effect of the coronavirus outbreak, which has pushed the state’s unemployment rate to 15.5%, higher than the nationwide rate of 14.7%.

Even before the pandemic, California topped the nation in the widest gap between middle and upper-middle income earners and has become progressively more unequal in recent years. But its greatest shame is the prevalence of poverty amid enormous affluence. California’s poverty rate, adjusted for cost of living, is the highest of any state and was higher in 2019 than in 2007.

California’s political leaders like to talk about racial justice, but Latino and Black populations bear the brunt of the pain. And by some measures, such as minority home ownership, California remains far behind states such as Texas, Michigan, Arizona and Florida.

Gov. Gavin Newsom and state lawmakers should stop trying to sell the myth of the California dream. On its current trajectory, this state is socially, fiscally and economically unsustainable.

The biggest drivers of California’s poverty and staggering inequality are low-wage jobs and extraordinarily high housing costs. But it’s not too late to change course if state policies that help create these twin crises are rolled back.

That means reforming business regulations and eliminating regulatory regimes that suppress development in the most populous counties. Instead of encouraging high density growth along the ultra-pricey coastal areas, we need an intensive, state-driven push for job development and housing creation in less costly peripheral regions.

Since 2008, the state has created five times as many low-wage jobs as high-wage jobs, according to an analysis of Bureau of Labor Statistics numbers. The vast majority of jobs produced pay less than the median wage, and 40% pay under $40,000 a year. No metro area in California ranks in the top 10 in the U.S. for well-paying jobs for people without a college degree, but in 2019 four — Ventura, Los Angeles, San Jose and San Diego — were among the 10 worst in the country for non-college educated people looking for better paying jobs.

State policies — particularly environmental regulations that have led to high energy prices and long approval processes to get development permits — have been key factors to constricting the creation of higher-paying jobs. California’s energy prices, now among the highest in the nation, hit not only the pocketbooks of working and middle-class Californians but have discouraged more jobs in manufacturing. And on July 1, the state gasoline tax rose again by 6%.

The state is also falling behind in creating business and professional service jobs, the largest high-wage sector. Overall, California lost 1.6 million above-average-paying jobs in the past decade, more than twice as many as any other state. This pattern could become worse if tech workers are given the option to work remotely after the pandemic ends. In fact, as many as two out of three Bay Area tech workers say they would leave that area if they could.

This lack of good jobs converges with unaffordable housing to destroy hope for a better future for millions of Californians. To qualify for a mortgage on a median-priced house (around $1.1 million) in the San Jose metropolitan area requires an annual income of about $250,000. In Orange County, $167,000 is required, and in Los Angeles County $125,000.

Newsom has called for building 3.5 million new homes by 2025. Yet, according to our analysis of Census data, housing construction continues to lag (burdened by lengthy permit processes and often years of litigation), with 110,000 housing units built in 2019 — far below the 302,934 units built in 1986 when California had one-third fewer residents. At the current rate, it would require nearly 30 years to build 3.5 million homes.

Persistent housing shortages mean that most new single-family and apartment construction tends to be for the high-end market. Only 7,800 of the new apartments built between 2015 and 2017 in Los Angeles — around 11% of total construction — are affordable, with rents of around $1,842 a month. By contrast, average rent on the 66,000 “market rate” apartments exceeds $2,500 a month.

With the Bay Area and coastal Los Angeles too expensive for most middle- and working-class families, they have headed to places with more affordable housing but relatively few high-paying jobs. The Inland Empire of Riverside and San Bernardino counties, for example, also suffers the lowest average pay of any of the nation’s 50 largest counties.

The COVID-19 pandemic offers California a way out of this dilemma if it can adjust to an already accelerating national movement away from dense cities and, even among millennials, toward suburbs. Employees working from home, notes demographer Wendell Cox, have already passed the number of those using transit in Southern California before the pandemic and have now grown markedly everywhere. This would represent an environmental win: it would allow commuters to work closer to home, thus reducing greenhouse gas emissions.

The many benefits of working remotely — or in dispersed business centers — are apparent, in terms of giving affordable new choices to California families and companies. This would mean rethinking state policies that have made reducing auto use a top priority and greenlighting projects in less expensive regions rather than force development into areas where prices are highest and opposition to new development is often most intense.

There’s certainly room to grow, contrary to conventional wisdom. Urbanization covered only 5.3% of the state in 2010, according to the Census Bureau data. Rather than try to cram growth into a few areas, it would make sense to find ways to offer incentives to a new Tesla plant to Fresno or to Riverside County, or have Google put a customer support operation in Manteca rather than Mississippi, as it announced recently.

But unlike in other states, there is no coordinated strategy in California to help industry grow middle-class employment. The biggest impediments are not physical or even fiscal but the willingness of state leaders to acknowledge the crisis for working people of all ages in California — made worse by the fallout from the pandemic. The question is, do they care enough about economic and racial justice to build a vision and adopt policies that would give more people a shot at a decent job and affordable housing? 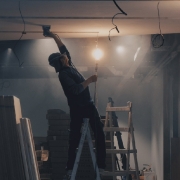 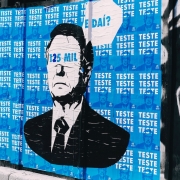 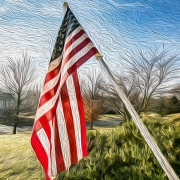 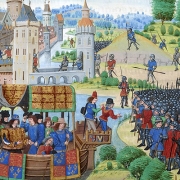 INVITE JOEL TO SPEAK
Joel on Rod Arquette: A Better Future After COVID-19?

Beyond Feudalism: A Strategy to Restore California’s Middle Class
Scroll to top