You are here: Home1 / Articles2 / Reports3 / Beyond Feudalism: A Strategy to Restore California’s Middle Clas... 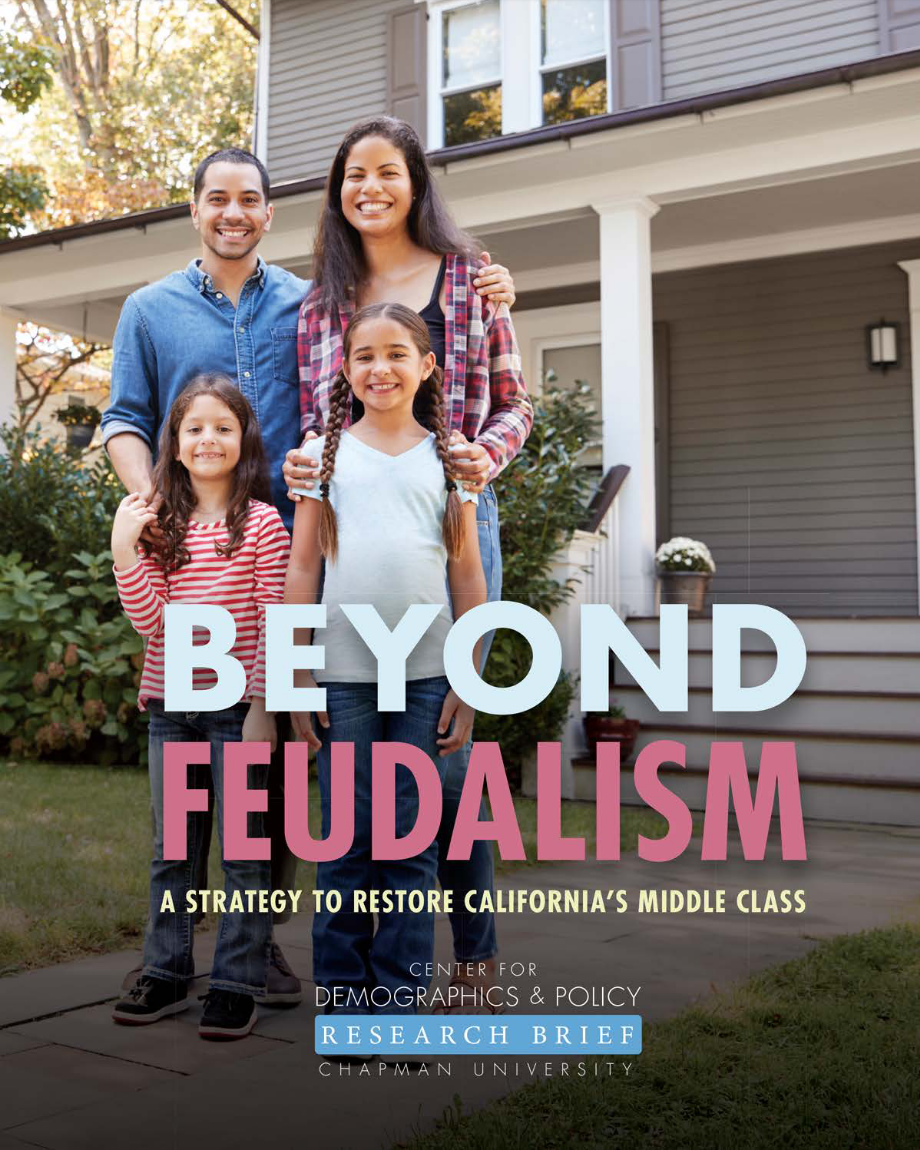 The notion of California’s supremacy remains implanted on the minds of the state’s economic, academic, media and political establishment. “The future depends on us,” Governor Gavin Newsom said at his inauguration. “and we will seize this moment.” Progressive theorists like Laura Tyson and Lenny Mendonca laud California as the home of “a new progressive era” — an exemplar of social equity. Others see California as deserving of nationhood; it reflects, as a New York Times column put it, “…the shared values of our increasingly tolerant and pluralistic society.”

California’s ascent to its rank as the world’s fifth or sixth largest economy reflects its status as the hub of the “new” economy. Less often acknowledged, but also painfully true: the Golden State now exemplifies the nation’s lurch towards a new form of feudalism in which power and money are increasingly concentrated. Upward mobility is con-strained, and sometimes shocking levels of poverty remain widespread.

To be sure, the state has enjoyed faster income and job growth than the rest of the country over the past decade. But over the past few years, even before Covid-19, it has fallen behind other states, such as Texas, Utah, Washington, Nevada and Arizona. The state is often praised for its elaborate environmental and labor protections, but its record on economic mobility, middle-class disposable income, and even on greenhouse gas reductions, is not encouraging. The gap between middle-class Californians and the more affluent is becoming greater.

Recent trade conflicts, along with the implications of the coronavirus and other potential pandemics, could worsen this reality.6 In the past decade the hospitality, food service, performing arts and sports/casino sectors have accounted for a quarter of all new jobs, an increase in their share of all employment from 10.6% to 13.4%.7 Those two million jobs are now gravely threatened. Our position as a hub for trade with Asia and for global tourism is dependent on easy access to Chinese entrepreneurs and other partners world-wide. Damage to those relationships could make us more vulnerable. Our state’s population of poor and largely destitute people is also a vulnerability. 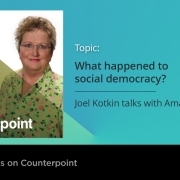 INVITE JOEL TO SPEAK
Is the California Dream Finished?