You are here: Home1 / Articles2 / Politics3 / How Coronavirus Pandemic is Bringing a Return to Feudalism 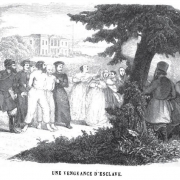 The COVID-19 pandemic has disrupted many things, but also accelerated America’s descent into a new form of feudalism. The preexisting conditions of extreme economic concentration, inequality and reduced social mobility already were painfully evident before, but the pandemic has made them considerably worse.

Pestilence has often shaped societies, most notably in the Middle Ages, where populations were repeatedly decimated, particularly among the urban poor. Disease undermined societies and economies, obliterating trade and nurturing the influence of prelates linking pestilence to human sinfulness. Even as the upper classes, as today, departed disease-plagued cities, they also looked to consolidate control of now abandoned holdings.

As in the Middle Ages, some classes have emerged stronger from the pandemic. Clear winners have bolstered the technology oligarchs’ — the modern version of the medieval aristocracy — already rapidly growing stranglehold over the economy. With the shift to online retail, streaming services and greater surveillance, tech stock prices have soared as others have lagged.

Who is ‘winning’ the pandemic?

American business is now, perhaps more than any time in the past century, dominated by a handful of powerful, well-financed corporations. Once seen as dominated by risk-taking entrepreneurs starting in a garage and backed by credit card debt, tech has been defined by corporate concentration, what one Silicon Valley wag labeled “feudalism with better marketing.”

The other winner class is the clerisy, consisting of the expert class of credentialed specialists, media mavens and academics. The successors of the old Roman Catholic Church, the clerisy’s numbers have been growing for generations and, for them, the pandemic has transformed them into decision-makers with huge powers over daily life. Unlike those they order to remain shut down, senior clerics, such as Los Angeles’ top health official who continues to collect a $465,000 annual salary, remain highly insulated from the effects.

As the clerisy and the oligarchs’ power has waxed, those of the yeoman class, largely small businesses and property owners, have waned. This process was already evident before the pandemic, with declining homeownership, a growing concentration of economic power and declining rates of entrepreneurship.

Even before the pandemic, Main Street merchants were already reeling from competition from online competitors like Amazon, as well as Wall Street-funded chains. According to the JPMorgan Chase Institute, 50% of small businesses have a mere 15 days of cash buffer or less.

If the shutdown lasts much longer, as many as three-quarters of independent restaurants simply won’t make it.

This may be made worse by a recovery plan that even The Wall Street Journal admits is “putting Wall Street ahead of companies across Middle America.” Large chains have proved far more adept at accessing Washington’s money than their smaller, less capitalized counterparts.

The road to serfdom

For millions of Americans, the doors of opportunity are closing. The biggest drops in hiring have been concentrated in recreation and travel, mostly personal contact jobs that employ many poor workers. Employment in this sector has dropped more than 70% while remaining remarkably stable in such fields as computer networking and through the public sector.

Read the rest of this piece at USA Today.