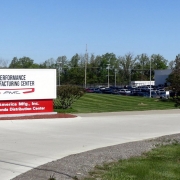 Out in the rolling country just east of Columbus, Ohio, a new—and potentially brighter—American future is emerging. New factories are springing up, and, amid a severe labor shortage, companies are recruiting in the inner city and among communities of new immigrants and high schoolers to keep their plants running. Two new Intel plants, costing $20 billion, will employ 3,000 workers, generate thousands of jobs, and help make the Midwest an integral part of the high-tech economy.

The technology may be new, but what’s drawing these manufacturers to Ohio is something more traditional: its central location, business-friendly atmosphere, and long-standing industrial culture. “We are still at the edge of the farming areas, and people have a strong work ethic,” suggests Jay McCloy, who runs a plant for Mount Vernon, Ohio–based Ariel Corporation, a maker of natural-gas compressors that employs 1,400. “People here think building stuff is better than selling insurance. On a decent salary, you can live a good life in central Ohio.”

America’s industrial future may depend on places like Knox County—home to Mount Vernon, where Ariel is now run by its founder’s daughter, Karen Wright—and, just to the south, Licking County. With a population of 176,000, just a 45-minute drive from Columbus, Licking County has seen its unemployment fall below 3 percent, outperforming the rest of the state and more than 50 percent lower than the rate in major cities like New York, Los Angeles, and Boston. If America recovers its manufacturing mojo, this is the region where it will happen.

Not long ago, Ohio was a classic Rust Belt state, with high unemployment, massive outmigration, and a prevailing sense that time had passed it by. Between 1990 and 2010, Ohio lost more than 420,000 factory jobs. Then things started to turn around, as the state gained back nearly 100,000 industrial positions over the next decade, until the pandemic interrupted that growth. Local observers trace this success to the shale boom in the state, pro-business gubernatorial administrations, and aggressive training programs.

This is more than an Ohio phenomenon. Almost all the states with the fastest industrial growth are outside the coasts, led by Texas, Michigan, Florida, Kentucky, Tennessee, Arizona, Ohio, Minnesota, and North Dakota. Unsurprisingly, these are also the states that, according to Supply Chain Digest, offer the best conditions for manufacturers. Of the magazine’s top ten, all are in the South, the Midwest, or the Mountain region. Sadly, this recovery doesn’t yet include old industrial superstars like Chicago or Detroit. The new industrial wave is sweeping through places with diversified economies, paced by universities, good government services, and some tech-related businesses.

In Ohio, new plants are popping up in numbers second only to Texas. To put this in context, Ohio is booking new capital projects on a per capita basis at a rate almost 14 times that of California, according to a recent Hoover Institution study. “We really need practical skills more than anything for our business,” notes Andrew Lower of TDK Manufacturing, which makes components for Tesla as well as for semiconductor and medical-equipment firms. Lower helps run the factory floor for the company’s 420-person plant (up from 30 employees in 1999) in Columbus. “There’s an embedded history of manufacturing skills. This is a place that celebrates people who dress in blues and work in a factory.”

Ohio’s industrial revival comes at a propitious time. In 2019, the percentage of U.S. manufacturing goods that were imported dropped for the first time in nearly a decade, notes a recent Kearny consulting study. Much of the shift came as a result of rising wages in East Asia, which has reduced the labor-cost advantage for the region. The Reshoring Initia¬tive’s Harry Moser estimates that 20 percent to 30 percent of production by American firms now taking place abroad could eventually come back. 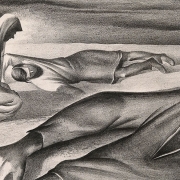 INVITE JOEL TO SPEAK
Class is Back

The Cost of Biden’s Racialism
Scroll to top