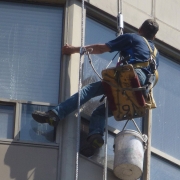 The growing likelihood of recession, at best sharply lower growth and maybe 1970s-style stagflation, seems likely to further accentuate the class and political divisions already rubbed raw by the pandemic and a global supply crisis. A majority of Americans feel we may be headed for a depression, while Britain is already experiencing negative growth.

Some, particularly on the American right, believe high prices and a sinking stock market should all but assure a GOP landslide in the Midterms later this year. Inflation and the slowdown have already helped Canada’s conservatives increase their majority last month in Ontario, the country’s dominant province, largely by winning over working-class voters.

But in the longer run, the real winners may still be on the left. Last time the economy was weakened like this – the 1930s – US progressives took the helm for almost a quarter of a century and Clement Attlee’s Labour Party took power in Britain in 1945, after serving loyally in Churchill’s wartime coalition. Once again, today’s shaky economy undermines the already weakened neoliberal order. A strong majority of people in 28 countries around the world, according to a recent Edelman survey, believe capitalism does more harm than good. Wages are stagnant, even in long-booming East Asia.

Jean-Luc Mélenchon’s left-wing alliance’s stunning surge last week in the French legislative elections affirms the progressives’ improved prospects. Along with a resurgent right-wing National Rally, Mélenchon’s gains destroyed President Macron’s chance to govern with a legislative majority. Leftists have had a field day in Latin America, too, with recent election victories in Columbia, Chile, Honduras and Mexico. Meanwhile, Russia, Central Asia, Turkey, much of Africa, China, the Philippines and Myanmar are all ruled by would-be autocrats, not always strictly leftist, but generally hostile to the neoliberal economic order.

The accelerating shift away from neoliberalism stems from the already expansive class divides that widened further during the pandemic, with CEOs earning ever more than their employees. Flawed policies, including the maintenance of ultra-low interest rates for too long and unnecessarily huge stimulus packages, have created a huge inflation crisis that the Biden administration initially dismissed as ‘a high-class problem’ that would be temporary. In truth, inflation has hit hardest those who are most exposed to higher food, fuel and housing prices – the middle and working classes – and seems likely to stay with us for a while.

James Madison rightly assumed that ‘the most common and durable source of factions’ grows from ‘unequal distribution of property’. Today, the looming recession seems likely to widen conflicts between the technocratic oligarchy, the middle class and the low-wage precariat. Members of the technocracy, epitomised by Silicon Valley, elite bureaucrats and ‘Jupiterian’ politicians like Macron, all gained power and wealth during the pandemic. To be sure, recession means less luxuriant balance sheets – the 50 richest people in the world have lost an astounding $563 billion this year – but this poses no real threat to their economic preeminence and growing political power. After all, outside of China, there’s no one left to challenge them.

In contrast, the middle and precariat classes – the latter made up of part-time ‘gig’ workers with little job security or benefits – are being pummeled by the soaring cost of rent, energy and food. Ideally, these two classes would combine to curb oligarchic power, but all too often they have distinctly different worldviews. Small-business owners and rural voters – the base of the right in Europe and North America – tend to suffer the effects of inflation, but generally blame government regulation for their problems. In contrast, the precariat seeks a programme of subsidies, rent control and expanded pensions to expel the spectre of poverty.