You are here: Home1 / Articles2 / California3 / From tragedy to opportunity: We could live better when today’s mayhem... 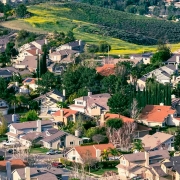 For most people in this locked-down, riot-scarred world, the future beckons unpleasantly. There is a growing sense that, economically, the 2020s may look more like the 1930s than some halcyon post-industrial future. “Dark days ahead,” suggests The Week. “This is what the end of the end of history looks like.”

Yet, beyond the depressing statistics, the deserted malls, the looted or abandoned Main Streets, lies the potential to use the pandemic to create the impetus for better, more sustainable and family-centric communities. This is not just some return — imagined from the security of the high punditry — to a “plainer,” more noble past but actual, meaningful improvements in our daily lives, made largely possible by technology.

Pestilence has long reshaped economies and communities. The plague took as many as one in three Europeans but also generated higher wages for the remaining workforce and provided new opportunities for enterprising peasants, who soon would morph into a nascent middle class. “In an age where social conditions were considered fixed,” suggested historian Barbara Tuchman, the new adjustments seemed “revolutionary.” Similarly, the disease-ridden depredations of the industrial city eventually led to new sanitation systems, the growth of public health systems, as well as a century-long exodus to less crowded, more family-friendly suburban communities.

Changing how we work and live — for the better

The growth of telecommuting and its surprising productivity gains have been turning corporate heads during the pandemic. Many companies, including banks and leading tech firms such as Facebook, Salesforce and Twitter, now expect a large proportion of their workforce to work remotely, permanently. A University of Chicago study suggests this could grow to as much as one-third of the workforce. In Silicon Valley, it notes, the number reaches near 50 percent.

The shift to dispersed work — likely to be further accelerated by the ongoing riots and protests — opens up unique opportunities for parts of the country that have not enjoyed the benefits of tech growth. With two out of three tech workers now willing to leave San Francisco, Big Tech can get bigger while spreading talent and wealth more widely. Rather than steering high-wage employment places where earnings tend to disappear through inflated living costs and taxes, much of the workforce now will be able to live closer to where they can afford to live comfortably, raise a family and lift up local economies.

Some urban planners, notably in California, will try to stifle these developments, seeking to push large apartments and transit over suburban growth. But no degree of urban boosterism will erase the searing memories of the pandemic and the riots which have devastated the hearts of our largest cities, and which will impact location decisions for a generation.

Read the rest of this piece at The Hill

A New Age of Feudalism for the Working Class?
Scroll to top