You are here: Home1 / Articles2 / Politics3 / Environmentalism is a Fundamentalist Religion 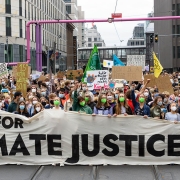 Today’s climate activists resemble nothing so much as a religious movement, with carbon the new devil’s spawn. The green movement is increasingly wedded to a kind of carbon fundamentalism that is not only not realistic but will reduce living standards in the West and around the world. And as with other kinds of religious fundamentalism, the climate hysteria is often overwrought and obviously so; a decade ago, the same activists predicted a planetary disaster by 2020 if the U.S. and China did not reduce their emissions by 80 percent—which of course never happened.

This approach is a losing one that reduces the effectiveness of the green lobby. What’s needed to combat climate change is a pragmatic approach based on adapting to real and verifiable dangers. And this starts with environmentalists acknowledging the limits of our ability to curb emissions in the short run.

This is not to cede the fight. The reality is what we do in the West means increasingly little. Today’s biggest emitters comes from China, which already emits more GHG than the U.S. and the EU combined, while the fast growth in emissions comes increasingly from developing countries like India, now the world’s third largest emitter. These countries have developed a habit of blaming climate change on the West, then openly seeking to exempt themselves from net zero and other green goals. And the West’s penchant for hyper-focusing on our own state or national emissions misses the reality of where the future problems are actually concentrated.

We aren’t just missing the forest for the trees, though. Under the green lobby’s current policies, our “war” against climate change is doomed to make things worse for most people, creating what economist Isabel Schnabel calls “greenflation.” Higher prices for energy and food, worsened further by the war in Ukraine, are already are forcing countries to adopt massive subsidies for food and gas. In the developing world, billions now face immiseration, malnutrition or starvation. And green targets of zero emissions only make this situation worse.

Residents of rich countries will also suffer from the rapid adoption of current green policies that are focused almost entirely on wind and solar. Germany, for example, suffered the highest electricity prices in the world before Russia’s war in Ukraine. In California, residents pay up to 80 percent above the national average for power. Reliance on wind power has made even Texas’ grid vulnerable.

The real winners from green policies are not the birds and the bees but tech oligarchs, the uncompetitive U.S. auto industry, and Wall Street.

Given our limited ability to meaningfully reduce emissions, more attention should be placed on adapting, something we’re actually good at. Since the beginning of the modern era, technology and science have been employed successfully to changes in temperature and precipitation. In the 1700s, people dealt with a colder climate by planting potatoes, which thrive in cooler weather. They also learned to use waterpower, wind and most critically fossil fuels, which made life bearable in the icy cities of the north and, later, with air conditioning, in the brutally hot south. 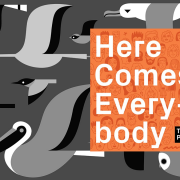 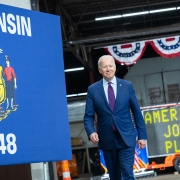 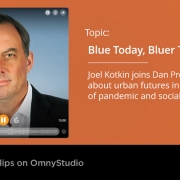 INVITE JOEL TO SPEAK
The Fall of Los Angeles