You are here: Home1 / Articles2 / Politics3 / Do We Need a Capitalist Civil War?

We Americans like to think of ourselves as a thoroughly modern people — living proof of what, with enough toil and grit, the rest of the free world can one day hope to be. And yet for all our progressivism and idealism, America’s political culture finds itself unable to escape the past. We may be living in a 21st century democracy, but that “democracy” increasingly resembles something that could have been plucked out of feudal Europe or, perhaps more accurately, feudal Japan.

For much of its history, Japanese politics was characterised by conflicts among its ruling daimyo, and later between the great industrial zaibatsu who replaced them as dominant powers. Similarly, America’s politics is now being shaped by a civil war not between classes, but within the ruling capitalist elite.

As the 2022 congressional elections approach, two sides are polishing their armour and fletching their arrows. In one corner stand the daimyo of the gentry corporate elite, largely drawn from the ranks of tech oligarchs and much of Wall Street. Their focus lies in the creation of a capitalist utopia rooted in paternalistic state control, much along the lines of the corporatist “Great Reset”. In the other corner, meanwhile, stand their opponents to the Right, largely made up of those who own private capital and are therefore anxious not to see their activities curbed.

These divisions reflect profound differences in industry, reminiscent of the 19th-century conflicts between aristocratic merchants and British manufacturers, or the one that broke out between the daimyo who embraced industry and those samurai who stubbornly hewed to traditional ways. Drawing on this, the French economist Thomas Piketty aptly divides our capitalist class into what he calls “the Brahmin Left” and the “merchant Right”. One side, as its caste association assumes, tends to see itself as more spiritually enlightened, as priests of the progressive secular religion. The merchant side, however, is more concerned with market competition (particularly from China), the cost of goods, and the impact of regulatory policies on their core businesses.

Today, the Brahmin Left has its base in large corporations and investors, and has allied itself with the academic and media establishments, financing non-profits and generally supporting increasingly intrusive government. By contrast, the merchant Right draws its natural support from the traditional middle class — skilled workers, high-street businesspeople, and small property owners — who also have become the bulwark of the Trumpian Republican Party.

Until recently, these two opposing capitalist groupings have contented themselves with near-peaceful coexistence. But the recent massive hysteria among progressives over Elon Musk’s takeover of Twitter could signal the start of a more heated conflict, pitting competitive, market-oriented business interests against the conformist gentry progressivism of so many of the largest firms.

This corporate shift to the Left, particularly since the Black Lives Matter protests, has created a backlash within the capitalist class, with many concerned at what they see is the creation of a highly regulated, less competitive and openly politicised economy. Add to this Biden’s own embrace of progressive ideology and it’s hardly surprising that many traditional capitalists now fear for their future.

Some of this reflects understandable concern over Biden’s energy policies and taxes on the analogue economy — where food is grown, products are manufactured and shipped, and oil and gas are drilled. In recent years, Republicans have reaped support from many of the families tied to the “old economy” that markets tangible products. Looking at contributions, the differences between business sectors are stark: with manufacturers and agribusiness favouring the GOP by three to one, while the entertainment, internet and publishing industries overwhelmingly support the Democrats. To some extent, this is a conflict between those who invest and make stuff, and those who gorge on media and digital tools.

What makes Musk so different from his tech counterparts is that he remains, primarily, an industrialist, more in the mould of great Valley founders like Robert Noyce or Jerry Sanders — building cars, spaceships, and tunnel-making equipment. Like any manufacturer he needs reliable, affordable energy and worries about overregulation, which sets him against California’s ultra-progressive legislature.

By contrast, Meta, Google, Apple, and Microsoft manufacture almost nothing in the United States, and primarily make their money based on advertising or charging for services without much in the way of competition. So while many industrial firms support some protectionist measures against China, Silicon Valley is largely resistant to the idea. After all, on those rare occasions when they do manufacture products, they outsource their most critical production to China. Wall Street follows a similar post-national script, financing Beijing’s industrial machine with its notoriously high carbon supply chains.

A year or two ago, these elite divisions would not have been so pronounced. After the chaos of the 2020 election, big business seemed to welcome Joe Biden’s presidency as a return to normality. Many capitalist elites, particularly in the tech and finance industries, invested heavily in elevating the somewhat doddering warhorse into the White House. Biden, they reasoned, was far more reliable than Trump, whose greatest talent seemed to be widening already serious divisions in the country.

And at first, this corporate class seemed to support the Biden administration’s priorities on immigration, racial “equity”, gender, and climate change. But the government’s incompetent Afghanistan withdrawal, the intensifying border crisis and its own economic programme weakened this capitalist ardour. Most critical has been Biden’s stunning failure to address the roots of rising inflation. While costs of living soared, his supporters claimed everything was either temporary or Vladimir Putin’s fault. But it is clear inflation was rising rapidly before the Ukrainian invasion, and is now considerably higher than key competitors, such as Japan, Germany, France, Canada and China. 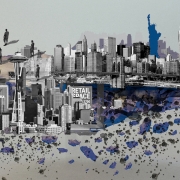 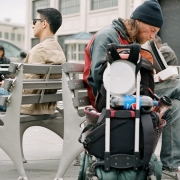