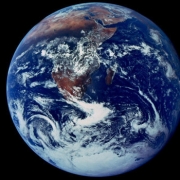 Demography becomes destiny, the old adage goes. But many of the most confidently promoted demographic predictions have turned out grossly exaggerated or even dead wrong. In many cases they tend to reflect more the aspirations of pundits and reporters than the actual on-the-ground realities.

Good thing, too. Many of the most famous predictions about population growth tended to be dystopic, envisioning a hopelessly overcrowded planet increasingly divided by race, crammed into a handful of large cities, committed to ever greater government control and disinterested in anything smacking of religion. Yet despite the media’s embrace of these memes, they fortunately are often misleading and often simply wrong.

Paul Ehrlich’s “The Population Bomb,” for a half century the bible of the environmental left, flatly predicted a world where humanity would “breed ourselves into extinction.” Ehrlich’s vision of world plagued by mass starvation and chronic shortages of resources shaped the views of many scientists and pundits.

Today Ehrlich’s plea for population control has gained credence among climate activists, who believe we must stop having babies, even in low-fertility countries, so the kiddos don’t add to the “carbon legacy” that will hasten our ecological reckoning. These notions have been embraced at major universities, by the highly influential Guardian newspaper and such luminaries as Bill McKibben and the omnipresent Alexandria Ocasio-Cortez.

Something very different has occurred on planet Earth. After rapid, and unsustainable demographic growth through the last decades of the 20th century, the rate of population increase has slowed markedly, not only in North America, Europe and Japan, but also in such developing countries as Brazil, Mexico, Cuba and, most importantly, China and India.

Already, a majority of the world’s people live in countries where the birth rates are below replacement levels. Contrary to Ehrlich’s predictions, and those of most environmental advocates, resources also have become more abundant as global poverty and malnutrition rates have plummeted.

Factors like urbanization, decline of traditional belief systems and the liberation of women may make UN predictions of a world of 10 to 11 billion people by 2100 likely overblown. Austrian demographer Wolfgang Lutz contends that rather than see a massive growth in population, population will grow from the current 7 to 8 billion by 2060 and then decline steeply. For the first time since the Middle Ages, deaths could outnumber births.

Back to the city?

One of the most persistent demographic claims in recent years has been the view that people were leaving the suburbs and “voting with their feet” for dense urban living. Yet once again, these predictions have been greatly exaggerated.

After a hopeful recovery from the massive declines experienced in the post-war era, the urban cores have lost their momentum; cities such as Los Angeles, New York and Chicago are losing population. For the first time the city of Los Angeles, not long ago one of the fastest-growing municipalities in the high-income world, has begun to experience population decline.

Meanwhile millennials have fled increasingly to suburban areas and toward large metros without sizeable pre-World War II cores. Since 2010 over 90 percent of all growth in large metropolitan areas has been in suburban areas. This shift increasingly includes minorities, not only in the United States but also the United Kingdom, Australia and Canada.

Most of America’s Latinos, Asians and African Americans already live in the suburbs, just like previous generations of white Americans. Many suburbs in western countries, particularly around the largest cities now depend on immigrants and non-whites to replace their aging, predominately white population.

Ever since the “secularization” thesis was popularized in the 1950s, the common assumption has been that religion would fade before the onslaught of science and modernity. To date, this prediction has been largely accurate, despite the resurgence of evangelical Christianity in the last decades of the 20th century and the rise, here and globally, of Islam.

Yet the future may be less thoroughly secular than some predict. The key issue here is what one British scientist has called “the religiosity gene.” Simply put, people with some faith orientation tend to be far more likely to have children than those thoroughly secular. In the United States the most fecund states, like South Dakota, North Dakota, Utah and Nebraska, tend to be places where religious institutions are strongest. In contrast, in the least faith-oriented parts of the country — San Francisco, Boston, Portland and Seattle — annual fertility rates are about one quarter or more below the national rate, according to American Community Survey data.

Eric Kauffman suggests in his provocative “The Religious Will Inherit the Earth” that the world, including even the West may become more religious, as those who remain committed to faith, like the Church of Jesus Christ of Latter Day Saints, evangelicals, Muslims and Orthodox Jews, are far more likely to have children than the less observant and particularly the secular. These societies may never return to the religious norms of the past, but the demographic future may belong, in the long run at least, to those who remain committed to their faith.

Perhaps nothing warms the hearts of the progressive clerisy than the notion that younger generations will re-ignite Baby Boomer radicalism. Yet the demographic trajectory here also may less profound than predicted. The Boomers have been shifting slowly to the right since the 1990s and the next dominant generation, the Xers, while slightly less conservative, are far more likely to identify as conservatives or moderates than liberals.

As Xers and now millennials — there are now 17 million millennial mothers with a new million every year — become parents, and often homeowners, they will likely moderate their politics, if not their party affiliation. Their social liberalism will likely remain, but they may not favor expanding federal power to enforce it. Barely one in four, according to Pew, trusts the federal government to “do the right thing.” This aversion to centralization conflicts with the increasingly radical proposals of progressive candidates.

Indeed in the recent British elections, the solutions proposed by the Labour Party’s Jeremy Corbyn, including the nationalization of large British industry, helped boost the Tories among younger voters.

Here in America a large contingent of white millennials — still the majority of their generation — may well support Trump, as they did in 2016. Some researchers, such as San Diego State’s Jean Twenge and Harvard’s John Della Volpe, suggest that millennials, and even more their successors, the so-called Z generation, may prove far more independent, as well as far less politically engaged at their age, than were Boomers.

Viewed realistically, our future demographics seem likely to produce a society far less predictable than that envisioned by pundits, academics and, yes, demographers. Looking hard at the data, it’s clear that the future, while far from predictable, could produce a society wildly different than anyone expects.

Photo: The famous “Blue Marble” photograph of the Earth taken from Apollo 17 in 1972. (Courtesy of NASA)