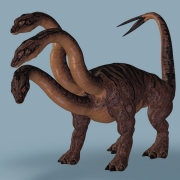 The three heads of the Democrat Hydra will soon start biting at each other.

Donald Trump may still sit in the White House, but America seems increasingly submissive to the rule of the Democrats. The Party now enjoys predominant influence over mainstream media, rising influence among wealthy elites, a stranglehold over education and entertainment industries, and the domination of the burgeoning non-profit world. Remarkably the self-styled “party of the people” now accommodates the big Wall Street firms and tech oligarchies alongside the progressive, neo-socialist, activist base and an ever-diminishing remnant of traditional working-class voters.

This powerful coalition is also a fundamentally unstable one—a three-headed hydra whose heads, particularly after Trump leaves, will soon be biting each other furiously. One faction, the corporatist elite, genuflects and even profits from the progressive mantra on climate, gender, and race. Some, like former Twitter CEO Dick Costolo, are so committed to gentry progressivism that he recently suggested those who don’t get with the program could “face a firing squad.” Others, like the Marxists and rioters of BLM, seek a total social revolution and increasingly speak of ending “racial capitalism.”

Many on the Right, having learned nothing since Reagan, simple-mindedly identify each of these two dominant groups as “liberal.” A more accurate assessment would be “corporatist” and “socialist.” Largely left:  the constituency that once drove the Democratic Party—middle-of-the-road voters, many of them in unions, who constitute roughly half of party members. Only 15% of Democrats consider themselves “very liberal.” Along with older African-American voters, these suburban voters, also mostly older, were critical to nominating the lackluster former vice president. They could very well get him into the White House itself.

The tech oligarchs and their Wall Street allies were clear winners of the Democratic primaries. The so-called “party of the people,” Biden and other Democrats now can count the wealthiest individuals on the planet among its ranks, including former Microsoft CEO Steve Ballmer, Facebook co-founder Dustin Moskowitz, Zynga’s Mark Pincus, Steve Jobs’s widow Lauren, as well as media moguls Michael Bloomberg and Barry Diller.

This pattern, already notable in 2016, can also be seen in 41 of the 50 wealthiest Congressional districts that Democrats now represent. It is now wealthy donors who dominate the party, not the grassroots youth movement agitated by Sanders. This point bears repeating over and over again. This is particularly true in the key battle for the Senate, where most Republicans find themselves overwhelmed by a torrent of oligarchic wealth.

Some oligarchs, such as Jeff Bezos with his mouthpiece the Washington Post, are following along not out of enthusiasm, but at least partially out of naked fear of socialists like Bernie Sanders and Elizabeth Warren. But it’s doubtful even an unhinged San Francisco billionaire like Costolo has much interest in having his wealth and market power disrupted by radicals, who feel, justifiably in my mind, the largely unrestrained oligarchs, and their Wall Street allies, devour far too much of the nation’s wealth and should have much of their property confiscated by the state. After all, both Sanders and his acolyte Alexandria Ocasio-Cortez believe that billionaires “should not exist.” 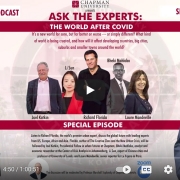 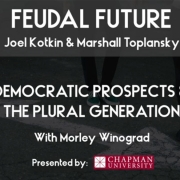 Joel Kotkin talks with Rod Arquette About How the GOP Can Win Over Millennial...
Scroll to top