You are here: Home1 / Articles2 / The Economy3 / Cities Are for Rich People Now and Wooing Amazon Only Makes It Worse

This article first appeared on Vice

Local officials across America are trying to attract the mega-corporation’s new headquarters. That is not going to help your rent.

If there are two facts of life in the modern American city, they are that rent will be too damn high, and that attracting investment from a mega corporation will seem to some local power players like the best way to stave off economic disaster. The rent part is an old, old story. Under-construction of affordable and publicly-funded housing units targeted at the working- and middle-classes is a trend that started around the 1970s. Combine that with spiraling income inequality, the erosion of tenants’ rights, and stagnant real wages, and it makes paying for a roof over your head almost impossible in many metropolises. At the same time, the decline of manufacturing and the federal government’s general unwillingness to invest in major job-creation programs (like infrastructure) means civic leaders have long been tripping over each other to woo companies who might act as job creators for the populace and, not incidentally, help those politicians keep their own jobs.

Enter Amazon, the corporation to rule them all.

CEO Jeff Bezos is the richest man ever, and his empire has been dangling construction of “HQ2,” its new headquarters outside the company’s original home base of Seattle, for nearly a year now. Dozens of cities have made bids, Olympics-style, to win the company’s favor, and 20 cities are still in the running as finalists. Their thirst makes some sense: After all, tens of thousands of high-paying tech jobs could be in the offing, not to mention all the money those new arrivals (or maybe even newly-employed locals) might be spending at local businesses.

The company, for it all its questionable labor practices and pernicious effects on everything from book publishing to retail clothing, does seem to be able to offer the prospect of a real economic boon. That’s what unprecedented corporate consolidation means—one company really does have the power to boss around an entire city because its sway over jobs (and its attendant political influence) are that enormous. The leaders of places as varied as Toronto to Newark (two finalists for the HQ2 bid) are not crazy to be offering massive (and possibly secret) tax breaks in hopes of winning Amazon’s favor—it really could improve their short-term finances or at least attract a lot of tourism and the wealth that comes with it.

But shipping in a bunch of tech workers and their ilk could also mean even higher rent and worse gentrification. And since cities don’t seem to have any idea how to actually drive down rent for the poor, it’s fair to wonder if they might be better off without that Amazon money entirely—even if it means losing out on jobs and development in the interim.

As the New York Times reports, Seattle Mayor Jenny Durkan took pains to issue what amounts to a warning to her colleagues nationwide in June: go ahead and chase tech money, but watch out for higher housing costs. Specifically, she noted, the city has an average home cost of over $800,000 and has seen rent explode 57 percent in the last five years. And homelessness is a huge problem in the city, not that Amazon—which recently teamed up with other big local companies like Starbucks to kill a tax that would have helped pay for more housing—seems to be sweating it.

“When you’re bringing a lot of people into any given housing market, that’s a shock to demand [and] it’s going to boost prices in the near term,” Aaron Terrazas, senior economist at Zillow, told me. He added that in theory, at least, the housing supply could catch up with demand over time—and that, depending on where a company like Amazon lands, some cities (like Indianapolis or Columbus, two other finalists) might be better prepared than others (like Los Angeles) where housing is already strained.

But even leaving aside the initial question of what you might be paying now and how a tech company’s swooping in could affect it, there’s the more nebulous boogeyman of gentrification. No, Amazon’s arrival wouldn’t instantly remake, say, New York (another finalist) in San Francisco or Seattle’s image—for one thing, NYC would have at least a bit of time to plan for the influx of new tech workers. But it would likely having lasting effects on the character of the city.

“You’re talking about one-bedroom [and] studio apartments as opposed to single-family apartments or three-bedroom apartments, so you change the nature of the kind of housing,” Joel Kotkin, an expert on cities who worked on Kansas City’s (failed) bid for Amazon, said of the impact tech companies like it have on housing. “It also changes the nature of the area. In other words, a lot of the rootedness of a particular region is sort of undermined.

Meanwhile, as the Washington Post reports, rent is still rising for many people in major American cities—efforts to rein in increases have, in some cases, actually just gone to benefit the wealthy. “For-profit developers have predominantly built for the luxury and higher end of the market, leaving a glut of overpriced apartments in some cities,” Diane Yentel, president and chief executive of the National Low Income Housing Coalition, an advocacy group, told the paper. “Some decision-makers believed this would ‘filter down’ to the lowest income people, but it clearly will not meet their needs.”

Some middle-class people have seen their rent go down, but the broader superstructure of housing in this country is overwhelmingly tilted towards the needs of the mega-rich. Even when local officials want to help people of modest income find something they can afford, the limits of municipal budgets and the broader trends in the housing market can make actually increasing the supply of affordable housing a titanic feat.

So most city officials across America, if asked to choose, would take a splurge of Amazon money over some kind of principled stand against big tech or gentrification. As much as anti-monopoly and anti-Silicon Valley sentiment are in the air, local chambers of commerce and other “pro-business” institutions are still immensely powerful. It may look more and more like the safest way to keep housing in the vicinity of affordable for non-rich people is to tax the hell out of them, locally. But the fact that Seattle—a progressive lodestar where actual Socialists can win elected office—failed catastrophically suggests things are going to get a lot worse before they get any better.

So is Amazon really worth it for your city?

“It’s worth it for tech workers, it’s worth it for property owners, [but] it’s not worth it for most other folks—especially with the caveat that this is going to come out at a significant direct public expense, through tax breaks and other kinds of incentives,” said Daniel William Immergluck, a professor in the Urban Studies Institute at Georgia State University who’s written about how Amazon might affect the city’s housing market.

He went on to bemoan how cities increasingly seem to be convinced—by hype, if nothing else—that they need a massive influx of tech investment, even if their population and housing markets are just fine.

“Whether it’s Amazon or Google or these other huge trophies, that’s going to continue to cause huge problems,” he told me.

This article first appeared on Vice 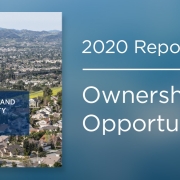 ‘Chinafornia’ and Global Trade in Age of Trump
Scroll to top