In Ma Jian’s new novel, the protagonist, Ma Daode, may be a corrupt, womanizing local official, but he is a corrupt, womanizing local official with a mission. His goal is to develop a drug that will allow President Xi Jinping’s vision of a glorious Chinese future to dominate not only citizens’ daily lives but their sleeping hours as well. This is his utopian quest. The China dream, Ma Daode suggests, “is not the selfish, individualist dream chased by Western countries. It is a dream of a people, a dream of the entire nation, united as one and gathered together into an invincible force.” This mindless worship of hierarchy and control permeates his thinking. 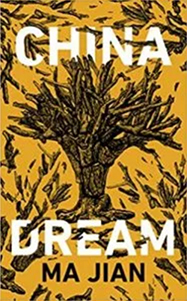 China Dream was published in 2018, three years before the 100th anniversary of the founding of the Chinese Communist Party, and it provides insights into the Middle Kingdom that are becoming harder to find as control of local media tightens. It is a product of the “golden age” of Chinese science fiction, notes the New Scientist, that has been able to transcend the controls increasingly imposed on most non-fiction writing and public discussion. Author Liu Cixin has argued that, unlike the earliest days of the genre during the last days of the Qing dynasty, Chinese science fiction no longer fits a science-based optimism underlying the Communist vision. Such views, he observes, have “almost completely vanished.”

Ma Jian now lives in London and sees his task as similar to that of Orwell. In his introduction to China Dream, he writes that Orwell “foretold it all.” Xi’s “national rejuvenation,” Ma adds in the Afterword, reprises the horrors of the last century—it requires complete control of the population’s thoughts and the elevation of the leader himself to demigod status. China’s race towards the perfect state, he warns, will produce the same result as the Soviet experiment: “Utopia,” he reminds us, “always leads to dystopia.”

Critically, the “Chinese dream,” like that of the late Soviet Union, is not only meant for local consumption. “If we meld traditional Chinese values with Marxist ideology,” Ma Daode’s party superior suggests to him, “the China dream will be embraced by every nation. The world unity so desired by Genghis Khan will be accomplished by our generation of Party leaders.” As China Dream suggests, the Middle Kingdom now represents the most profound philosophical challenge to liberal values since the end of the Cold War. And they are not without their Western admirers. Standard Chartered Bank, for example, predicts that China will surpass the US as the world’s largest economy as early as the end of this year.

This sense of China’s inevitable preeminence has been bolstered by the Western decline after the Great Recession, convulsions over climate change, and the COVID-19 pandemic, now thought by some analysts to have been a “triumph” for President Xi. “Western nations are not going to collapse, but the smooth operation and friendly nature of Western society will disappear, because inequity is going to explode,” predicts Jørgen Randers, a professor emeritus of climate strategy at the BI Norwegian Business School. “Democratic, liberal society will fail, while stronger governments like China will be the winners.”

Some prominent Westerners even see China’s rise as the product of a system that is in some respects superior. As two law professors recently argued in the Atlantic:

In the great debate of the past two decades about freedom versus control of the network, China was largely right and the United States was largely wrong. Significant monitoring and speech control are inevitable components of a mature and flourishing internet, and governments must play a large role in these practices to ensure that the internet is compatible with a society’s norms and values.

The New York Times’s journalist Thomas Friedman, meanwhile, embraces the Chinese notion of granting more power to credentialed “experts” for societal problems, arguing that they are too complex for elected representatives to address. The similarly minded economist Jeffrey Sachs denounces what he calls “an evangelical crusade” against the Chinese regime, pointing out that America’s own repressions disqualify any presumption of superiority.

Read the rest of this piece at Quillette

INVITE JOEL TO SPEAK
Podcast Episode 7: Why Environmental Alarmism Hurts Us All With Mike Shelle...

How Race Politics Burns Out
Scroll to top