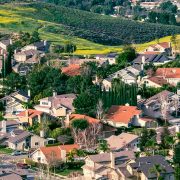 For nearly a century, Los Angeles’ urban form has infuriated urbanists who prefer a more concentrated model built around a single central core.

Yet, in the COVID-19 pandemic, our much-maligned dispersed urban pattern has proven a major asset. Los Angeles and its surrounding suburbs have had a considerable number of cases, but overall this highly diverse, globally engaged region has managed to keep rates of infection well below that of dense, transit-dependent New York City.

As of April 24, Los Angeles County, with nearly 2 million more residents than the five boroughs, had 850 coronavirus-related deaths compared with 16,646 in New York City.

After this crisis, deeper research will explain why some regions of the country were able to fend off infection more effectively than others. But clearly, differences in employment and housing patterns and transit modes appear to be very significant, if not decisive, factors.

L.A.’s sprawling, multi-polar urban form, by its nature, results in far less “exposure density” to the contagion than more densely packed urban areas, particularly those where large, crowded workplaces are common and workers are mass-transit-dependent.

Los Angeles’ urban form emerged early in the last century as civic leaders such as Dana Bartlett, a Protestant minister, envisioned Los Angeles as “a better city,” an alternative to the congestion and squalor so common in the big cities of the time. Developers and the public embraced this vision of single-family homes, as Los Angeles became among the fastest-growing big cities in the country.

In recent decades, this dispersed model has been increasingly disparaged by politicians, the media and people in academia who tend to favor the New York model of density and mass transit. Yet even before COVID-19 most Angelenos rejected their advice, preferring to live and work in dispersed patterns and traveling by car. This bit of passive civic resistance may have saved lives in this pandemic.

“Life in California is much more spread out,” as Eleazar Eskin, chair of the department of computational medicine at UCLA, recently told the New York Times. “Single-family homes compared with apartment buildings, workspaces that are less packed and even seating in restaurants that is more spacious.”

The experience of the current pandemic is not likely to prove a great advertisement for living cheek by jowl, riding on a crowded subway or getting to work on a busy commuter train. They are the very factors that some researchers, including urbanists like Richard Florida, link to New York’s extraordinary exposure to the virus.

The shift to working from home during this crisis will make densification less appealing. Web use is up 20% to 40%, with much of the surge taking place during the daytime. Even before this period, telecommuting had grown 140% since 2005 and will probably expand wellinto the future. Over time, as more employers adopt this policy, it could reshape cities along the L.A. model, reducing the need for transit systems to serve employment centers.

Many companies will want to return to “normal” after the pandemic dies down. But a recent focus group of top business executives in Orange County found that many have adjusted to remote work and were surprised that it has not damaged productivity. Many talked of reducing their office footprint in the future.

Of course, not every job can be done remotely. But this move seems quite feasible in business services and tech companies. Apple, Amazon, Facebook, Microsoft and Google have shifted to remote work so efficiently that consumers hardly feel the transition.

Gage Skidmore Triumph of the Woke Oligarchs
Scroll to top