You are here: Home1 / Articles2 / Urban Affairs3 / After Coronavirus We Need to Rethink Densely Populated Cities 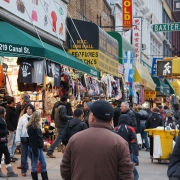 For the better part of this millennium, the nation’s urban planning punditry has predicted that the future lay with its densest, largest, and most cosmopolitan cities. Yet even before the onslaught of COVID-19, demographic and economic forces were pointing in the exact opposite direction, as our biggest cities—New York, Los Angeles, and Chicago—all lost population in 2018, according to the U.S. Census Bureau.

The impact of the coronavirus pandemic may be too early to measure, but it’s clear that the great preponderance of cases, and deaths, are concentrated—at least as of now—in dense urban centers, most particularly Wuhan, Milan, Seattle, Madrid, and New York City. This crisis is the right moment for the world to reconsider the conventional wisdom that denser cities are better cities.

Sadly, many of the attractions that make places like New York so unique and appealing also make them more dangerous. Crowds, mass transit, clubs, and huge cultural venues create a perfect terroir for the spread of pathogens. In contrast, the rate of infection has been far lower in less urbanized states like Iowa or Oklahoma, which health professionals say benefit from less crowding and unwanted human contact.

The threat of pestilence has been prevalent throughout urban history. Cities, noted the historian William McNeill, are inherently “unhealthy places” when faced with fateful encounters with pathogens. Even in ancient Rome, Alexandria, and, later, the great cities of the Renaissance, plagues repeatedly devastated urban populations, particularly those most integrated into global trade.

And like their contemporary affluent counterparts in modern New York, the wealthy of these cities escaped to their country estates, hoping to wait out the worst. As for the hoi polloi, they simply got sick or died.

Ultimately cities have always managed to come back, as New York did after 9/11. But technology may change this. The city of the past was someplace you had to be if you wanted to play on the national, and even more so, global stage. But our increasingly networked economy enables companies and people to operate far from the traditional urban centers.

The digital economy has allowed many millennials and large companies to shift their home bases. As discussed in the Heartland Forward report I led, they are relocating to less expensive urban areas such as Dallas/Fort Worth, Nashville, Austin, Orlando, and Columbus.

Given this option, many workers, including the educated, may opt for less costly and tax-burdened places. If they have children, quality of public schools and public safety, now under assault in many big cities, also may matter. In any case, the house becomes not less important, as some urbanists suggest, but more so—not only as a safe haven but a place of work.

Read the rest of this piece at Fortune.

INVITE JOEL TO SPEAK
The End of New York

The Coming of Neo-Feudalism
Scroll to top