You are here: Home1 / Articles2 / In the News3 / Joel Kotkin quoted in NYTimes OpEd About 2020 Election 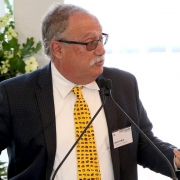