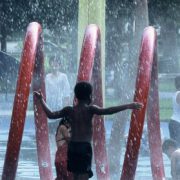 This is the introduction to a new report commissioned by the Greater Houston Parnership and HRG and authored by Joel Kotkin with help from Tory Gattis, Wendell Cox, and Mark Schill. Download the full report (pdf) here.

Although contrary to much of the conventional wisdom about cities and regions, this is not a break with traditional urbanism, but instead a reinforcement of old traditions. Long ago, Aristotle reminded us that the city was a place where people came to live, and they remained there in order to live better. “A city comes into being for the sake of life, but exists for the sake of living well.”  In the end, opportunity urbanism rests on the notion that cities serve, first and foremost, as engines to create better lives for its residents.

The Houston and Luxury Models

In many ways, opportunity urbanism contrasts with the prevailing urban planning paradigm—variously called new urbanism or smart growth—which seeks to replicate the dense, highly concentrated mono-centric city of the past. At the core of this approach is the notion that policies of forced density, through regulatory mandates and often subsidies, are critical to attracting both young, educated people and the global business elite.4 This approach describes the successful city, in the words of former New York Mayor Michael Bloomberg, as “a luxury product.”

This notion of the “luxury city” can be seen to have worked, at least for some, in well-appointed older cities such as New York, San Francisco and Boston. Unlike most American cities, these boast long-established dense cores and transit-oriented commuter sheds. They possess great amenities tied to their past, from world class art museums and universities, to charming historic districts, parks and public structures.

But this model of urbanism does not fit the profile of most American metropolitan regions, which tend to be far more recent in their development, more dispersed and overwhelmingly auto-dominated in terms of commuting. Indeed, most of the fastest growing regions in this country—Houston, Dallas-Ft. Worth, Oklahoma City or Atlanta—function in a highly multi-polar model, that contrasts sharply with that of cities like New York, Boston or Chicago.

The luxury paradigm has worked for some in some cities, but has failed, to a large extent, in providing ample opportunities for the middle and working classes, much less the poor. Indeed, many of the cities most closely identified with luxury urbanism tend to suffer the most extreme disparities of both class and race.

If Manhattan were a country, it would rank sixth highest in income inequality in the world out of more than 130 countries for which the World Bank reports data. New York’s wealthiest one percent earn a third of the entire municipality’s personal income-almost twice the proportion for the rest of the country.

Indeed, increasingly, New York, as well as San Francisco, London, Paris and other cities where cost of living has skyrocketed—are no longer places of opportunity for those who lack financial resources. Instead they thrive largely by attracting people who are already successful or living on inherited largesse.

They are becoming, as journalist Simon Kuper puts it, “the vast gated communities where the one percent reproduces itself.”

Not surprisingly, the middle class is shrinking rapidly in most luxury cities. A recent analysis of 2010 Census data by the Brookings Institution found that the percentage of middle incomes in metropolitan regions such as New York, Los Angeles and Chicago has been in a precipitous decline for the last thirty years, due in part to high housing and business costs. A more recent 2014 Brookings study found that these generally high-cost luxury cities—with the exception of Atlanta—tend to suffer the most pronounced inequality: San Francisco, Miami, Boston, Washington DC, New York, Chicago and Los Angeles. Income inequality has risen most rapidly in the very mecca of luxury progressivism, San Francisco, where the wages of the poorest 20 percent of all households have actually declined amid the dot com billions.

Like other large cities, Houston also suffers a high level of inequality, but its lower costs have helped its middle and working class populations to enjoy a higher standard of living than their luxury city counterparts. The promise of the opportunity urbanism model also can be demonstrated by lower income disparities between racial groups, higher GDP growth, less expansion of poverty and the greater production of high-paying mid-skilled jobs. In these aspects, opportunity cities like Houston greatly out-performed their often more celebrated rivals.

How to Measure “Living Well”

We leave this introduction with one statistic that most encompasses the success of the Houston opportunity model and exposes the weakness of smart growth: the cost-of-living adjusted average paycheck.

Despite the assertions of Paul Krugman, among others, that the Texas urban economy is based on low wages, the fact is Harris County’s average household income is above the national average; close to that of Boston. But once the cost of living is factored in, Houston does far better for its citizens compared to any of the legacy cities. Houston, with Dallas-Ft. Worth a strong second, is able to provide its citizens the highest standard of living, as measured by average annual adjusted wages, of any major metro in America. This is different than subjective “quality of life,” but includes such basics as jobs, housing and overall cost of living.

California Bad to its Bones
Scroll to top