You are here: Home1 / Articles2 / Rural Policy3 / Stimulate Yourself! 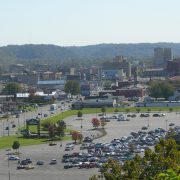 Beltway politicians and economists can argue themselves silly about the impact of the Obama administration’s stimulus program, but outside the beltway the discussion is largely over. On the local level–particularly outside the heavily politicized big cities–the consensus seems to be that the stimulus has changed little–if anything.

Recently, I met with a couple of dozen mayors and city officials in Kentucky to discuss economic growth. The mayors spoke of their initiatives and ideas, yet hardly anyone mentioned the stimulus.

“We didn’t see much of anything,” noted Elaine Walker, mayor of Bowling Green, a relatively prosperous town of 55,000 in the western part of the state. “The money went to the state and was siphoned off by them. We got about zero from it.”

Ironically, Walker does not seem overly upset about the lack of federal assistance for Bowling Green. Instead, Walker–a self-described supporter of the president in a part of the country largely resistant to Obamamania–seems more disposed to taking matters into her own hands. Rather than waiting for Obama, Bowling Green is looking to stimulate itself–and other communities would do well to emulate this grassroots approach

Bowling Green’s “self-stimulation” is part of a concentrated effort at diversification for the city, which has long depended on its General Motors plant, which produces the Corvette. Other single-industry-dominated regions, notably Detroit, have made much noise about moving into other fields, but their emphasis has frequently revolved around high-profile, highly subsidized projects such as “green” industries, entertainment or tourism.

A primary vehicle for this has been the successful Small Business Accelerator located at an abandoned mall. Buddy Steen, who runs the program in conjunction with Western Kentucky University, claims it has fostered some 38 companies and created over 700 jobs. Blu Pharmaceuticals, developed by Small Business Accelerator, for example, currently employs five but expects to add another 40 workers at its new plant in nearby Franklin. The program’s other firms specialize in everything from electronic warfare and robotics.

Kentucky may seem an unlikely spot for such ventures, admits local entrepreneur Ed Mills, but things are changing in the Bluegrass State. Mills, a former General Motors executive, and his twin sons, Clint and Chris, founded a Web-based software firm, HitCents, in 1995 when the boys were still in high school.

Today the company, which develops software for retail and other applications, has over 50 employees and customers from across the country, including GM, as well as a host of local companies, unions and public agencies. “We hope to build a $100 million company, and we think we can do it.” Mills says. “You don’t have to be in California. People think you can’t do this in Kentucky but plainly you can.”

With its strategic location on Interstate 65 connecting the old industrial heartland to the emerging one along the Gulf, Bowling Green enjoys many advantages. It’s slightly over an hour to Nashville and two hours to Louisville, the area’s two major consumer and cultural marketplaces.

Other small communities in the state have also realized that any green shoots would have to come from local grassroots. Russellville, a rural community of some 7,200 in the southwest part of the state, is looking at a “back to basics” economic development plan that stresses the export of local food products and crafts.

“You can ride down the highways and smell the hams smoking,” notes one local economic developer. “We are looking on how to export those hams to the rest of country.”

Mayor Gary Williamson of Mt. Sterling, a town of 6,000 located in Montgomery County, in the generally more impoverished east, has been pushing a different strategy. His region is dotted with industrial plants of varying sizes. The city is also 45 minutes from Georgetown, site of a large Toyota factory.

These employers require a steady stream of skilled industrial workers, particularly in such fields as machine maintenance. Williamson and other officials in the area see training such workers–starting at the high school level–as a way to not only keep people employed but to attract other firms to the area. “We want to keep people here, and they will do so if they have jobs after school,” he explains.

It’s significant that such grassroots-based development–geared to unique local conditions–is taking place in Kentucky. For generations, the state and the rest of the surrounding Appalachian region has been the brunt of both jokes and patronizing attention from the nation’s academes, policy circles and media.

Most Americans, observed Newsweek in 2008, “see Appalachia through the twin stereotypes of tragedy (miners buried alive) and farce (Jed Clampett).” One prime reflection of that approach can be seen in a CNN report last year that painted a decidedly dismal portrait of the region.

For generations, Appalachia’s seeming backwardness has led to the creation of numerous federal programs aimed at lifting it into the national economic and cultural mainstream, notes University of Kentucky historian Ronald Eller. In his excellent Uneven Ground: Appalachia Since 1945, Eller describes how these efforts reflected the region’s “struggle with modernity.” Progress has been often associated with efforts to undermine what the late Michael Harrington described as a “separate culture, another nation with its own way of life.”

Yet, this unique culture also could provide some of the basis for a regional recovery. There’s a growing sense, notes longtime Kentucky League of Cities President Sylvia Lovely, that the region’s fundamental assets–its natural beauty, resources and traditions of craftsmanship–could constitute a distinct advantage in the coming decades.

More important still could be less tangible values, Lovely notes. “Modernity” in its current unadulterated form–with a lack of community, homogeneity and disconnect from the natural world–could be losing its allure for millions of Americans. In terms of what matters, she suggests, Appalachian towns may possess “if not more information, perhaps more wisdom than those who hold themselves out as experts. ”

Looking at the statistics, the news is not all grim. Despite its still glaring problems, particularly in its rural hinterland, Appalachia has been gaining steadily compared to the rest of the country. In 1960 one-third of Appalachia residents lived in poverty, compared with 1 in 5 nationally; by 2000 the poverty rates had fallen to 13.6%, just a tick higher than the national 12.3%. The region’s continued struggle with the gap between rich and poor, Eller notes, now more reflect broader national trends as opposed to something unique to the region.

Perhaps the most dramatic changes are illustrated by migration patterns. By the end of the 1960s one out of every three industrial workers in Ohio came from Appalachia. Young people studied, notes Eller, “reading, writing and Route 23,” referring to the main highway to the industrial north.

Since 2000 Kentucky, as well as Tennessee and West Virginia, have enjoyed positive rates of net migration. Although some parts of the region continue to suffer horrendous poverty and continued out-migration, many other communities–such as Bowling Green, Lexington and Louisville, as well some more rural areas–have attracted more newcomers than they have lost. Overall Appalachian states migration statistics look a lot healthier than Ohio and Illinois, not to mention New York or California.

Walker–who moved to Kentucky from Los Angeles shortly after the 1992 race riots–sees this new migration as part of what will sustain a recovery in the region. Like many newcomers, Walker came to Kentucky not for bright lights but for a good place to raise her children. “Everyone still waves and says hi,” she observes. “That makes a lot more difference to people than many think. In the end, people come here because it’s a better place to live and also to raise your kids. It’s all about families”

Ultimately, a combination of folksiness and access to the world brought by technology could spark a continued renaissance not only in Bowling Green but across the region. The fact that the resurgence seems to be the product of largely local efforts not only make it all the sweeter, but could inspire similar approaches among those communities still waiting for Washington to rescue them.

This article originally appeared at Forbes.com.