You are here: Home1 / Articles2 / Demographics3 / The Heartland Will Play a Major Role in America’s Future 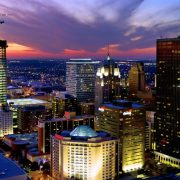 One of the least anticipated developments in the nation’s 21st-century geography will be the resurgence of the American Heartland, often dismissed by coastal dwellers as “flyover country.”

Yet in the coming 40 years, as America’s population reaches 400 million, the American Heartland particularly the vast region between the Rocky Mountains and the Mississippi will gain in importance.

To fully appreciate this opportunity, Americans need to see the Heartland as far more than a rural or an agricultural zone. Although food production will remain a crucial component of its economy, high-tech services, communications, energy production, manufacturing and warehouses will serve as the critical levers for new employment and wealth creation.

This contradicts the common media portrayal of the Great Plains as a kind of Mad Max environment a postmodern, desiccated, lost world of emptying towns, meth labs and militant Native Americans about to reclaim a place best left to the forces of nature.

Some environmentalists and academics even have embraced the idea, popularized by New Jersey academics Frank J. Popper and Deborah Popper, that Washington, D.C., accelerate the depopulation of the Plains and create “the ultimate national park.” Their suggestion is that the government return the land and communities to a “buffalo commons.”

Yet ironically, the future of the Heartland particularly its cities will be tied, in part, to growing migration from the expensive, crowded coasts. Already, the growth capacity for “mega- cities” like New York, Chicago and Los Angeles may be approaching their limits as the urban megalopolis of cities, suburbs and exurbs become more crowded and expensive.

As huge urbanized regions become less desirable or unaffordable for many businesses and middle-class families, more and more Americans will find their best future in the wide-open spaces that, even in 2050, will still exist across the continent. The beneficiaries will include places as diverse as Fargo and Sioux Falls in the Dakotas to Des Moines, Oklahoma City, Omaha and Kansas City.

Many of these areas are now enjoying both population growth and net domestic in-migration even as the nation’s most ballyhooed “hip cool” regions like the Bay Area, Los Angeles, New York City and Chicago experience slower growth. Fargo, N.D., Sioux Falls, S.D., Des Moines and Bismarck, N.D., for example, all grew well faster than the national average throughout the past decade.

Economics undergirds this trend. Unemployment in the Great Plains has remained relatively low, even during the recession that began in 2007. For much of the decade, the biggest problem facing many businesses has been finding enough workers.

In the future, some will thrive by the production of energy or specialized manufactured products. Others will serve as magnets for tourists, hunters, bird-watchers, arts festivals and pageants. Small rural college towns may serve as refuges for empty nesters relocating or returning from the congested, expensive coasts.

The critical sources for the evolving resurgence of the Heartland lie both in new technology and traditional strengths.

The advent of the Internet, which has broken the traditional isolation of rural communities, has facilitated the movement of technology companies, business services and manufacturing firms to the nation’s interior. This will reinforce not so much a movement to remote hamlets but to the growing number of dynamic small cities and towns throughout the Heartland.

The other critical element concerns the traditional role of the Heartland as a producer of critical raw materials. As world competition for food and energy supplies intensifies, a critical primary advantage for the United States in contrast with China, India, Japan and the European Union will lie with the vast natural abundance of its Heartland regions.

New investment will flow back into the Heartland to tap previously difficult-to-access resources such as oil and gas, while new technologies will exploit prodigious natural sources such as wind.

Equally critical, the Heartland will reconnect America with its own historic strengths as a great, largely open, continental nation, a place of aspiration that can accommodate future growth. The Heartland reinforces our national character, what Frederick Jackson Turner called “that restless, nervous energy; that dominant individualism, working for good or evil … that buoyancy and exuberance which comes with freedom.”

As the population expands to 400 million people, Americans will need to tap that spirit more than ever.