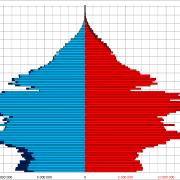 By finally backing away from its one-child policy, China would seem to be opening the gates again to demographic expansion. But it may prove an opening that few Chinese embrace, for a host of reasons.

Initially, the one-child policy made great sense. The expansion of China’s power under Mao Zedong was predicated in part on an ever-growing population. Between 1950 and 1990, the country’s Maoist era, the population, roughly doubled to 1.2 billion, according to U.N. figures. Deng Xiaoping’s move to limit population growth turned out to be a wise policy, at least initially, allowing China to focus more on industrialization and less on feeding an ever-growing number of mouths.

Three decades later, this policy clearly has outlived its usefulness. China’s population growth is now among the slowest in the world, and it is aging rapidly. The U.N. expects the Chinese population to peak around 2020, about when India will pass the Middle Kingdom as the world’s most populous country.

Perhaps the most troubling impact will be on the workforce. In 2050, the number of children in China under 15 is expected to be 60 million lower than today, approximately the size of Italy’s population. It will gain nearly 190 million people 65 and over, approximately the population of Pakistan, which is the world’s sixth most populous country.

The same broad pattern will play out in Taiwan, South Korea, Singapore and Japan, but those countries’ much greater per capita wealth gives them a greater ability to cushion the impact than China. Demographer Nicholas Eberstadt envisions a developing of fiscal crisis in China caused by “this coming tsunami of senior citizens,” with a smaller workforce, greater pension obligations and generally slower economic growth.

These factors were clearly part of the calculus that led to suspending the one-child policy. But if China’s rulers think they can change demographic trends on a dime, they are massively mistaken.

The birthrates of many other East Asian countries have plummeted as well, despite campaigns to promote fertility. In South Korea, Taiwan, Japan, Singapore birthrates are near one per woman, roughly half the rate needed to sustain the current population. With the exception of Singapore, which accepts many immigrants, none have a reasonable path away from rapid aging of their populations and shrinking workforces.

So what is causing this plunge? Gavin Jones, a demographer based at the National University of Singapore, identifies primarily rapid urbanization and sky-rocketing house prices. In 1979, China’s population was 80 percent rural; today the proportion is roughly half that.

One critical problem is the high cost of real estate, particularly in China’s most important cities, which makes it difficult for young couples to attain the space to house a larger family, let alone leave them sufficient financial resources to raise the children. China’s main cities have suffered arguably the world’s most rapid growth of property prices relative to income. Last year, The Economistestimated house price to income ratios of nearly 20 in Shenzhen 17 in Hong Kong and over 15 in Beijing, between 50% and 100% higher than ultra-expensive Western places like San Francisco, Vancouver or Sydney.

This explains in part why prosperous cities like Shanghai and Beijing, now have among the lowest fertility rates ever recorded — down near 0.7 per woman, or one-third the replacement rate. If the experience of densification and high prices spread to other Chinese cities, officials may be lucky if couples even bother to have one child.

One alternative strategy may be to slow urbanization and disperse population to less congested areas, but policy seems to be headed in the exact opposite direction. In 2013 China announced plans to bring an additional 250 million people from the countryside into the city.

This could boost the economy, as planners hope, but also reduce the fertility rate. All over the world the displacement of rural populations, accelerate the pattern of low fertility, notes the demographer Jones. For one thing, separation from their relatives in the countryside means there is little in the way of family support for taking care of children.

Jones suggests that urbanization has also undermined the traditionally family centered religious values of Chinese society. Pew Research identifies China as the least religious major country in the world, making it, even more than Europe, a paragon of atheism. All around the world, the decline of religious sentiments has been associated with low fertility around the world.

Finally the announcement’s timing may not be fortuitous. When China’s economy was booming and the future looked limitless, more families might have considered a second child. But with the economy slowing, it seems logical to expect that weak economic conditions will reduce fertility rates further, as has been the case in Japan and Taiwan.

What matters most here is what China’s decision reveals about changing attitudes on population. For the last half century, we have tended to be worried about overpopulation, particularly in Asia. And to be sure some parts of the world, notably sub-Saharan Africa still have birthrates far above their capacity to accommodate newcomers.

But it is now clear that many parts of the world — notably East Asia and Europe — face a very different demographic challenge rooted in falling fertility, diminishing workforces, and rapid aging. As British author Fred Pearce has put it, “The population ‘bomb’ is being defused over the medium and long term.”

Eliminating the one-child policy may not much change the current trajectory of China’s demography, but it marks a significant shift in the debate about population that will be with us for decades to come.