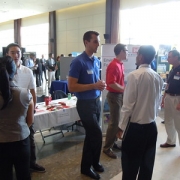 Media, the political class and policy wonks have identified the “housing crisis” as California’s existential challenge.

Yet, in reality, more critical may be a “jobs crisis” that is condemning ever more Californians to permanent low-wage purgatory.

Viewed in aggregate, California employment growth in the past decade has outperformed the rest of the country, although the state lags its prime competitors Utah, Florida, Texas, Colorado, Nevada. In more recent years the state has remained ahead of the national average, although clearly losing momentum.

This is what many boosters see as proof of the “vibrant” economy. But look closer at the quality of jobs being created. Despite the surge of high-wage employment in the Bay Area, the state has created five times the number of low wage jobs as opposed to high wage jobs.

Rather than a beacon for high wage employment, California has created fewer high-paying positions than the national average, and far fewer than prime competitors like Salt Lake City, Seattle or Austin. The convergence of low wages and ever higher housing prices constitute the real “crisis” facing the state.

Since 2000 home prices across Southern California, including the Inland Empire, have grown at roughly twice the rate of income. The new California dream may be working three jobs and never being able to afford a home of your own.

California’s not so good new economy

The changing nature of the state’s economy does much to explain this disappointing pattern. From the end of the Second World War to the 1990s, California developed a very diverse economy, spanning from entertainment and aerospace to all kinds of manufacturing, agriculture and energy. Except for agriculture, all created many middle-wage jobs.

But with the end of the Cold War, the introduction of ever-stricter environment regulations and among the nation’s highest taxes, many middle-class jobs have disappeared. Such above-average paying jobs have dropped 51 percent in the past decade, among the highest rates in the country.

Instead, the state economy has become increasingly dominated by the tech sector, which now accounts for more than half its largest firms. These firms may enjoy enormous profits, but employ relatively few workers, particularly outside the Bay Area. Southern California, with a few exceptions, has not been invited to the party. Although the Los Angeles MSA boasts the second largest number of new engineering graduates, for its size, there should be more STEM jobs here. The L.A. area ranks only 116th on a percentage of tech jobs relative to all jobs in the area. By contrast, Silicon Valley ranks No. 1 and San Francisco No. 3 in the nation on percentage of employment in STEM occupations.

Particularly hard-hit has been the industrial sector, which, notes business relocation expert Joe Vranich, is particularly vulnerable to high energy prices: since 2011 electricity prices have increased five times as fast as the national average. No surprise that the country’s post-recession industrial renaissance has barely touched California. Over the decade California has fallen to the bottom half of states; last year it ranked 44th, with a rate of growth one-third to one quarter that of prime competitors such as Texas, Virginia, Arizona, Nevada and Florida.

The current regulatory regime particularly hits both the poorer parts of urban California and the interior, areas traditionally reliant on basic industries such as agriculture, logistics, and manufacturing. Even as these areas are growing their populations — including millennials — far faster than the unaffordable coast, they must commute elsewhere for middle-class jobs.

Take the Inland Empire. The region created as many jobs per capita as Silicon Valley but mostly in low-wage fields like hospitality, health care and logistics. The result: the Inland Empire suffers the lowest average pay of any of the nation’s 50 largest regions.

The picture may be even worse in the Central Valley, where new groundwater regulations as well as high energy prices threaten its largest industry, agriculture. The Farm Bureau suggests as much as one in three acres could be lost. Particularly in the crosshairs is Kern County, which has one of the nation’s strongest ag industries, and is also as the capital of California’s oil industry, now slated by the governor for extinction. This will cost the area 14,000 generally high-paid jobs even as the state continues to import much of its oil from the Middle East.

Will tech leave too?

As its basic industries struggle, California is becoming an economic colony of the tech oligarchs. Their enormous wealth has served to mask the state’s economic challenges and provided the wherewithal for an ever-increasing welfare and subsidy regime.

Can the party continue? Those parts of the state where the tech headquarters are located — the Bay Area and San Diego — have done well, but Los Angeles, notes a recent Brookings study, has actually lost tech jobs over the decade. Generally, any part of the state that lacks large high-tech headquarters is likely to be ignored. Whether this pattern will persist is uncertain particularly if valuations, as for many recent IPOs and the mega-unicorns continue to drop.

Clearly some new state rules, particularly from Assembly Bill 5, concerning contract labor are a direct threat to tech firms, not only Uber and Lyft but to companies that subcontract services from smaller companies and individuals. Higher-income and other taxes now being proposed will certainly hit the tech workforce. Some firms have already started shifting employment to other states, notably Texas, Tennessee, Nevada, Colorado and Arizona.

In fact, according to estimates by EMSI, several states — Idaho, Tennessee, Washington and Utah — are now growing their tech employment faster than California. The state is also losing its mojo on professional and technical services, the largest high-wage sector, and now stands roughly in the middle of pack, well behind its major competitors like Nevada, Utah, Colorado, Texas, Tennessee and Florida.

If these job opportunities continue to ebb, California will lose its appeal to a new generation of wealth creators. The proverbial land of the future could morph into an island of inertia. California leads the nation in long-term owners who often owe little on their houses, so they may hang around. It’s the next generation that’s most at risk, and if their incomes continue to lag, there is no way they can hope to secure affordable housing.

California’s economy has always been driven by newcomers. But increasingly people and companies outside the charmed circle of venture capital-funded firms are leaving. Between 2014 and 2018, notes demographer Wendell Cox, net domestic out-migration has grown from 46,000 to 156,000, with an increasing share of younger people, particularly those in family-formation years.

Yet what has been created by misguided policy can be reversed with intelligent alternatives. If we wish to restore middle-class white collar and high-paying blue-collar jobs, we need to consider economic impact as well as the effectiveness of environmental regulations.

The threat from climate change is undeniably here, but essentially returning California to pre-industrial society, dependent on the largesse of a handful of tech companies, seems self-defeating and profoundly feudal. The state needs to apply our legendary innovative skills to address greenhouse gas emissions in ways that don’t also eviscerate middle- and working-class incomes.

There are a host of options including taking another look at nuclear power, renewable/recaptured natural gas, expanding hydro-electric capacity, dispersing work closer to where people can afford to live, encouraging work at home and changing regulations to exempt outlying areas from the most draconian regulations.

If we don’t change course, many California will have to say goodbye to future good jobs and social mobility for our children, unless, of course, they choose to live elsewhere.

Joel Kotkin is the Presidential Fellow in Urban Futures at Chapman University and Executive Director for the Center for Opportunity Urbanism. His last book was The Human City: Urbanism for the Rest of Us (Agate, 2017). His next book, The Coming of Neo-Feudalism: A Warning to the Global Middle Class, is now available to preorder. You can follow him on Twitter @joelkotkin. Marshall Toplansky is clinical assistant professor of Management Science, research fellow, C. Larry Hoag Center for Real Estate, Argyros School of Business and Economics, Chapman University.

Public Domain How Trump Can Win Again
Scroll to top