You are here: Home1 / Articles2 / California3 / The Roots of California’s Tattered Economy Were Planted Long Before...

California is in far worse shape economically than the great majority of other states also struggling through the pandemic. COVID-19 may be the primary cause of our current distress, but the evolving structure of our economy has exacerbated this calamity. The worst part is our state leaders should have known this all along.

In September, California’s unemployment rate was 11%, well above the national average of 7.9%, and better only than two other states in the nation. Since the March lockdown, California, with 12% of the nation’s population, accounts for 16.4% of all U.S. unemployment.

A similar pattern can be seen in our metropolitan areas. Among the 55 largest metro areas in the country, the worst job losses from February to August — outside of Las Vegas and Boston — have occurred in the Bay Area and Los Angeles-Long Beach. By contrast, other metro areas, such as Salt Lake City; Austin, Texas; Dallas-Fort Worth; and San Antonio are doing much better.

Over the past decade, the California economy has been divided, Janus-like, between a rising innovation economy, based largely in the Bay Area, and the rest of the state where 86% of all new jobs have paid below the median income of $66,000, and 48% are under $40,000 a year. Once a beacon of opportunity, the state suffers the highest cost-adjusted poverty rate in the country.

The slow growth in high-wage jobs, particularly outside the Bay Area, contrasts with that of other states — such as Texas, Utah, Colorado, Washington — that have continued to expand middle-income jobs more rapidly in manufacturing and in professional, scientific and technical services, a large industry classification used by the federal Labor Department to include everything from legal work to software developers to accountants.

The consequences of this distorted economy have made the state susceptible to losses in fields like hospitality and other low-end services, which suffered half the initial job losses from the coronavirus shutdowns.

The situation is particularly grim in the Los Angeles region. Over the past two decades, according to an analysis of job growth by UC Irvine professor Ken Murphy, Los Angeles County has suffered almost twice the level of industrial job losses as the nation. During that period, professional and technical service jobs — which are better suited to remote work and have survived the pandemic in reasonably good condition — grew in the region by only 14%, compared with a national increase of 36% in such jobs.

With the pandemic, this dependency on low-end-job growth has placed the Southland at great risk. The health crisis has wiped out 374,000 of those jobs, a reduction of 23.3%. Overall, Los Angeles has lost 11% of its jobs, Murphy notes, significantly higher than the 8% drop nationally.

In previous recessions, notably after the 2008 financial crisis, Silicon Valley’s job growth, and revenues from initial public offerings and stock price increases, helped bail out the state’s finances, which are once again under stress. With several potential IPOs coming and the rising value of existing tech firms, we could see some help for the state government’s revenue picture.

But that will not help the state recover the lower-wage-job losses or reduce the entrenched inequality making the economy susceptible to rolling catastrophes. Even at full bore, these Silicon Valley firms create few jobs for non-tech workers, with the notable exception of the Tesla factory in Fremont, which employs roughly 10,000 workers.

Even more troubling is evidence that the industry’s willingness to keep high-wage jobs in California appears to be dissipating. Palantir, the data-mining software company, recently announced it was relocating to Denver from Palo Alto. Other tech companies — such as Uber, Tesla, Apple — have committed huge investments in Texas while others have shifted to northern Virginia, Nashville and Phoenix.

Ironically, the biggest threat to California-based jobs may come from the changing nature of technology itself. Employees at the largest tech companies, including Google, Twitter, Pinterest, Facebook and Salesforce, will very likely continue to work remotely even after the pandemic. In a recent survey, three-quarters of high-tech venture funders and founders predicted the same for their workforces. And some 40% of Bay Area tech workers say they would like to move to a less expensive region, which suggests locations outside of California.

For the past three decades, California’s leaders have assumed that the state’s great advantages — superb universities, a large, diverse labor force, international connections — would help us weather economic storms. The pandemic has shown how wrong that is and how much needs to be done to meet this steadily growing economic crisis.

This will require a dramatic shift in state policy, starting with environmental and other regulatory restraints. We should continue our efforts to embrace cleaner climate standards and move forward with lower-emission fossil fuels, such as renewable natural gas, and, when the technology is more economically feasible, gradually shifting completely to non-fossil energy.

Unless trends are reversed, California’s unstable economy will continue to erode. In 2016, an estimated 1,800 companies left, largely for Texas. Between 2009 and 2016, 13,000 companies left the state. Those include traditional middle-class employers such as McKesson, which now has the contract for distributing the COVID-19 vaccine, Toyota, Nissan and Mitsubishi, which have all been moving marketing and production jobs out to other states.

This does not mean we should stop focusing on “innovation sector” jobs. We need to take advantage of the rich vein of intellectual capital California has cultivated over the past four decades. But the state can diversify its economy and keep higher-wage jobs by beefing up its economic development strategies to expedite new facilities and provide incentives for companies willing to locate where working-class people live, providing education for working-class vocations, and creating a formal apprenticeship system in all trades to provide younger people with a path to a solid middle-class income.

These strategies depend on such things as retooling the education system to provide students with the specific skills required for jobs in manufacturing and other non-university-track areas. Almost three out of five California high schoolers are not prepared for either college or a career. The greatest disadvantages are suffered by Latino, African American and poor students, who have long been trapped in the worst, most under-resourced school systems.

The coronavirus pandemic has brought about great suffering for Californians in nearly every aspect of life. It’s time state government leaders focused on developing more economically diverse approaches — not only for recovery, but also to restore real opportunity to most of its residents. 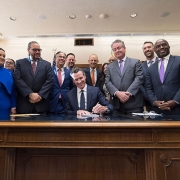 Living up to the “Left Coast” Name 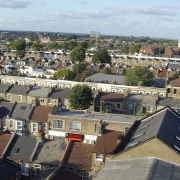 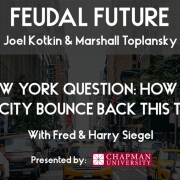 Politics, Polarization & The Plight Of The Middle & Working Classes...
Scroll to top