The Democratic Party has always been a loose confederation of outsiders — poor farmers, union members, populists, European immigrants and southern segregationists. As the actor Will Rogers said in 1924: “I am not a member of any organised political party. I am a Democrat.” Yet despite being unwieldy, it was often effective, and usually beat the more homogeneous country-club-led Republicans.

Today, the Democratic Party seems more united, still glowing in the aftermath of the defeat of Trump. But that is just an illusion: Joe Biden’s first hundred days in office are almost up — and the internal conflicts of his party are bound to surface soon.

These divisions are not petty, or merely personal, but based on demands from a number of incompatible constituencies and ideologies. Take the Democrats’s newest supporters: America’s tech oligarchs, Wall Street financiers and urban real estate speculators. They may act “woke” on issues surrounding gender, race and the environment. But such “virtue signalling” is no substitute for the drastic policies pushed by the party’s Left: the confiscation of vast wealth, the break-up of monopolies and the introduction of ever-higher taxes. Big business, after all, is the clear winner in the status quo that the Left, with good reason, despises.

But the impending Democratic civil war is more than, as some conservatives see it, a two-dimensional conflict between “the establishment and the radicals”. Largely ignored in this narrative is the most unappreciated, least articulate yet arguably the largest Democrat-voting bloc: middle and working-class moderates who make up roughly 50% of the party. These voters may often favour populist economics, but remain threatened by the cultural, economic and environmental policies pushed by the other two factions.

All of which leaves Biden in an unenviable position: if he seeks to placate both the corporate woke and the activist Left, the Democrats could sever their last connections with the vast majority of the country, and allow the GOP, even in the wake of the Trump disaster, to recover political momentum.

For what it’s worth, Biden has often been associated with this largely neglected group of what might be called FDR Democrats. His reputation as a moderate “reasonable guy” helped secure the votes of older Democrats, Independents and African-Americans in the recent election. In the primaries, it gave him an edge over both the radical Sanders, whose program frightened many older voters, and the candidates of the corporate elite, notably the well-financed former Mayor of New York, Michael Bloomberg. These voters may be fading in the numbers, but still constitute up to 44% of the total electorate, easily the largest identifiable class constituency.

Certainly, parts of Biden’s program — expanding health coverage as well as investments in basic infrastructure and manufacturing — could appeal to these voters, who are now generally supportive of an activist government. But Biden has also backed measures on cultural and environmental issues that are unlikely to win over the traditional working and middle classes. For example, fracking bans, already endorsed by Vice President Harris, could, according to the US Chamber of Commerce, cost 14 million jobs, far more than the eight million lost in the Great Recession.

Belying his regular guy image, Biden has also expressed support for programmes that would force suburban areas to densify. It is likely few suburbanites, the majority of all Americans, would welcome federal overseers deciding how their communities should be changed. Meanwhile, attempts to force residents out of their cars and into transit, something they were abandoning well before Covid, seems quixotic as well as politically stupid. The President’s Transportation Secretary has even suggested a tax on “vehicle miles” travelled, a measure almost calculated to alienate middle and working-class families outside a few dense urban cores. 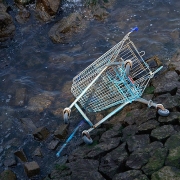 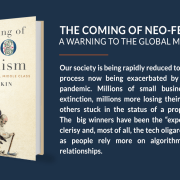 Feudalism Without A Soul 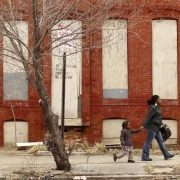 Woke Politics Are a Disaster for Minorities

INVITE JOEL TO SPEAK
Who Will Control the 21st Century? Whoever Controls Space

Joel Kotkin Virtual Salon, on the Topic of Neo-Feudalism
Scroll to top