You are here: Home1 / Articles2 / Demographics3 / The Kids Are Not Alright and the Center is No Longer Holding 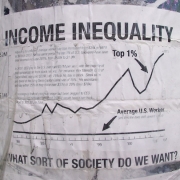 Across the West, the young are losing faith in the future.

The recent French election provides a case study. In the first round vote, voters narrowly favored President Emmanuel Macron, the epitome of “enlightened” elite rule, over Marine Le Pen, the doyenne of French fascism. While those two are now facing off, it was Jean-Luc Mélenchon, a grizzled former Trotskyite with a far-left agenda, who finished first among voters under 35, followed by Le Pen, while Macron was far back in the pack as the established parties of the left, center and right all collapsed.

Students at the Sorbonne, many of whom backed Mélenchon, are taking to the streets to protest the choice between far-right Le Pen and the elite technocrat Macron, who now seeks to win them over by declaring a net-zero emissions agenda, based in large part on nuclear power.

Much the same youthful alienation is evident here. Ahead of a likely rematch between what would be a 81-year-old Joe Biden and a 77-year-old Donald Trump, American politics seem geriatric and sclerotic. And the pandemic has only made things worse. Young workers were particularly vulnerable to job loss, as they were overrepresented in high-risk service sector industries, notes Pew. And now they are in the crosshairs of inflation, most notably for rents that are up 17 percent in major cities already this year.

Despite notions that younger voters would remain reliable Democrats,, Biden has already lost his majority among the young, the same troubled generation that helped elect him. Biden has seen his approval number among the twenty-something members of Generation Z plummet from 60 percent to 39 percent, notes Gallup. Among Millennials—those born between 1981 and 1996—he’s plunged from 60 percent to 41 percent. Other polls, including a new one from Quinnipiac, show the same dynamic.

Here, as in France, it turns out that young voters are not the sure thing many progressives had hoped. Pollster Sam Abrams has found that a small majority of students reject both political parties; only 18 percent think the Democrats are moving in the right direction which looks good only in comparison with the 10 percent who think that Republicans are doing so. Most young voters, according to the Pew Research Center, are neither liberal, outside of cultural issues, nor conservative. A strong majority think the country is headed in the wrong direction.

Why so alienated? Start with economics. In the United States, the odds of a middle-class earner moving up to the top rungs of the earnings ladder has dropped by approximately 20 percent since the early 1980s, meaning the young face diminished prospects. A Deloitte study projects that Millennials in the United States will hold barely 16 percent of the nation’s wealth in 2030, when they will be by far the largest adult generation. Gen Xers, the preceding generation, will hold 31 percent, while Boomers, entering their eighties and nineties, will control 45 percent of the nation’s wealth.

Serfing the Future?
Scroll to top