You are here: Home1 / Articles2 / Demographics3 / The Great Nudge 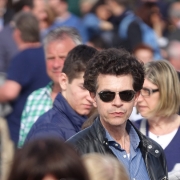 When we think of oppressive regimes, we immediately think of the Stalinist model portrayed in Orwell’s Nineteen Eighty-Four, the heavy-handed thought control associated with Hitler’s Reich or Mao’s China. But where the old propaganda was loud, crude and often lethal, the contemporary style of thought control takes the form of a gentle nudging towards orthodoxy – a gentle push that gradually closes off one’s critical faculties and leads one to comply with gently given directives. Governments around the world, including in the UK, notes the Guardian, have been embracing this approach with growing enthusiasm.

Nudging grew out of research into behavioural economics, and was popularised in Cass Sunstein and Richard Thaler’s 2008 book, Nudge. It now has widespread public support and has influenced everything from health warnings for cigarettes to calorie counts for fast food. Yet nudging also has an authoritarian edge, employing techniques and technologies that the Gestapo or NKVD could only dream about to promote the ‘right behaviour’.

Tech firms, both in the US and China, already use messaging nudges to ‘control behaviours’. They use their power to purge their platforms of the wrong messages, as both Facebook and Twitter did when they censored the New York Post’s pre-election story about President Biden’s dissolute son, Hunter. Meanwhile, these same firms blocked the account of Donald Trump, Biden’s admittedly awful predecessor, on the grounds that he was fostering ‘violence’ – and they did so while tolerating open calls for mayhem and killing from leftists and foreign governments.

Free speech is clearly not a high priority in Silicon Valley. ‘Our role is not to be bound by the First Amendment’, Twitter’s new head Parag Agrawal said in a November 2020 interview. ‘Our moves are reflective of things that we believe lead to a healthier public conversation. The kinds of things that we do about this is, focus less on thinking about free speech, but thinking about how the times have changed.’

Sadly, the ability of Agrawal and other oligarchs to shape opinion may only be in its infancy. Nearly half of US adults now get their news through Facebook or Google and for young people social media are even more important. Millennials in both the United States and the UK are almost three times as likely to get their information from these platforms as they are from print, television or radio.

This situation is made worse because the people running our most powerful institutions, from the media to the government, increasingly share the same opinions and often have little tolerance for outliers. Their views on dissent and freedom of speech do not stem from Jefferson or Madison. If the Biden administration tried to impose ‘a Ministry for Truth’ to enforce ideological unanimity, as one writer suggests, the tech firms, the media and most large cultural institutions would likely ask, ‘Where do we sign?’

The nudgers focus on three areas: identity (ie, race / gender), the pandemic, and, most critically, climate. In terms of race issues, they rule out scepticism towards Black Lives Matter, including criticism of last year’s ‘mostly peaceful’ BLM demonstrations, which featured looting, arson and general mayhem. Many media outlets will also characterise anyone who does not embrace the new ‘anti-racist’ orthodoxy as a ‘white nationalist’. To avoid undue confusion, racial violence carried out by non-whites, say, on Jews or Asians, is generally downplayed. The media also increasingly avoid reporting crime committed by ‘people of colour’, such as the recent Wisconsin mass killing, allegedly committed by an violent African-American career criminal, who embraced both black nationalism and anti-Semitism. They can’t do it, since it interferes with the preferred narrative. 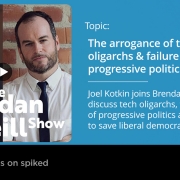 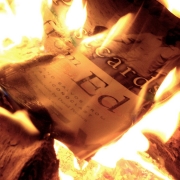 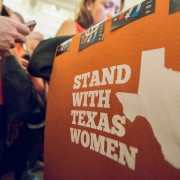 GOP Stupidity is Squandering the Opportunity Created by Woke Authoritarians

INVITE JOEL TO SPEAK
Own Nothing and Love It

Work or Welfare?
Scroll to top