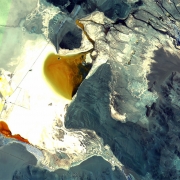 With the election of Joe Biden, the environmental movement has now established suzerainty over global economics. Gone not only is the troublesome Donald Trump but also the Canadian skeptic Steven Harper. Outside of those dismissed as far right, there is virtually no serious debate about how to address climate change in the U.S. or Western Europe outside the parameters suggested by mainstream green groups.

In reality, though, few electorates anywhere are ready for extreme policies such as the Green New Deal, which, as its widely acknowledged architect, Saikat Chakrabarti, has acknowledged, is really a redder, more openly anti-capitalist version of the Great Depression-era original.

Yet getting hysterical about the likes of Alexandria Ocasio-Cortez is a waste of emotional energy. The real power of the environmental movement derives from those who occupy “the commanding heights” of our society – at the corporate, media, and academic realms. Though arguably not holding views as economically ludicrous as AOC’s, mainstream corporate greens are far more likely to successfully impose their version of environmental justice on the rest of us.

A finer shade of green

The modern environmental movement was launched from the top of the economic food chain. The Rockefeller Brothers, for example, funded some of the earliest environmental work, notably on population control. Today, these depositories of old money built on fossil fuels, including not just the Rockefellers but also the Fords, have become leading advocates of radical climate policies.

In 1972, the influential book Limits to Growth was published with backing from major corporate interests, led by Aurelio Peccei of Fiat. The book’s authors suggested that the earth was running out of natural resources at a rapid pace and called for establishing “global equilibrium” through restrictions on growth and “a carefully controlled balance” of population and capital. These conclusions, mostly accepted in top media, academic, and political circles, turned out to be almost comically off target, as production of food, energy, and raw materials accompanied not the predicted mass starvation but arguably the greatest rise of global living standards in history.

Yet despite this record, a growing and powerful faction of the corporate aristocracy still embraces the ideals of the Club of Rome, seeking to cut human consumption and limit economic progress. Like religious prelates in the Middle Ages, today’s environmentalists – who The Nation’s Alexander Cockburn has aptly named “greenhouse fearmongers” – see no contradiction between imposing austerity on the masses and excusing the excesses of their ultra-rich supporters. Like sinful aristocrats and merchant princes in medieval times, our “green rich” can even buy a modern version of indulgences through carbon credits and other virtue-signaling devices. This allows them to save the planet in style. In 2019, an estimated 1,500 GHG-spewing private jets were flown to Davos carrying attendees to a conference to discuss the environmental crisis. Few high-profile climate activists, including celebrities, seem willing to give up their multiple houses, yachts, or plethora of cars. 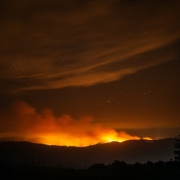 INVITE JOEL TO SPEAK
How to Bring Them Back