You are here: Home1 / Articles2 / Politics3 / Prisoners of Ideology 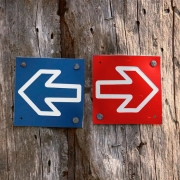 The tendency to convert concrete issues into ideological problems, to invest them with moral color and high emotional charge, is to invite conflicts which can only damage a society.
~Daniel Bell, The End of Ideology, 1969

A persistent pragmatic streak has long been one of the great assets of American society (and, indeed, most English-speaking societies) in the modern age. To be sure, these societies have endured their share of ideological spats, and even occasional outbreaks of political extremism. But for the most part, they have managed to adjust, albeit too slowly at times, to changing conditions without facing a society-wrenching conflict.

That tradition is now threatened; a victim of partisan zealotry on a host of issues — climate, race, and gender being the most obvious — where advocates pursue only extreme solutions to pressing problems. Rather than find ways to accommodate the views of diverse populations, the current tendency has been to ram through draconian policies by whatever means are at hand.

The good news, however, is that most Americans are not buying this from either party—they do not readily embrace the ideological purity or the authoritarian agenda of radicals on either the Left or the Right. Trump and his backers are losing support as their desire to undermine the Constitutional order becomes increasingly apparent. Like their opponents on the far-Left, they have become impatient with democracy and contemptuous of gradualism that voters instinctively prefer.

The country needs to return to a politics informed by what the Swedish sociologist Gunnar Myrdal called “the American creed”—an “abiding sense that every individual, regardless of circumstances, deserves fairness and the opportunity to realize unlimited potential.” Given the country’s ideological, regional, and racial diversity, we can address our “American dilemma,” best by adopting pragmatism as our guiding philosophy.

This approach enabled the country to address many of its longstanding environmental, racial, and gender-related ills in past decades. It was not an ideological calling, but a practical approach to solving real problems, and it allowed Daniel Bell to proclaim “the end of ideology” in his 1960 book of the same name. Americans, Bell maintained, had “an extraordinary talent for compromise in politics.” The parties were largely non-ideological—each was essentially “some huge bazaar, with hundreds of hucksters clamoring for attention,” while organized labor focussed on material rewards. Frustrated ideologues on the Left and Right may have decried the “radical dehumanization” of American daily life, but “our politics and civilization run like a machine.”

Although those ideologues may have seethed, America became not just wealthier, but more just and more powerful. The move to cleaner water and air began in earnest under Richard Nixon, while African Americans and other minorities made their best economic progress in the three decades after the Second World War. African Americans have served now in virtually all the highest offices, including those of president and vice-president, and have doubled their numbers in Congress since 1991. In the 1960s and ’70s, American women began to enter college in greater numbers, and by the 1990s, had begun to outpace men in terms of college graduation. There were outbreaks of outrage—particularly regarding race and the war in Vietnam—but overall, the society was moving in a positive direction.