You are here: Home1 / Articles2 / Demographics3 / Millennials Find New Hope in the Heartland 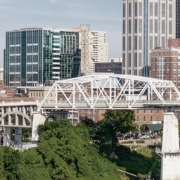 In “Millennials Find New Hope In The Heartland,” Heartland Forward Senior Fellow Joel Kotkin and his contributors address a fundamental topic for future economic success in the Heartland: Will Millennials return and remain at higher rates? The answer to this question is critical as Millennials are the largest generation, eclipsing the Baby Boom generation, and they represent the largest portion of the American workforce. The economic ramifications have made this cohort a highly prized demographic target. If Millennials do not find the Heartland more attractive, even the most well-conceived and articulated economic development strategies will be rendered mute. Growth of the Millennial population in the Heartland is, perhaps, the single most important indicator for its economic vibrancy.

In the aftermath of the 2008-2009 Great Recession, there was substantial evidence that tech fueled growth on the coasts lured highly educated Millennials from the Heartland and kept many from the coasts at home. Leading technology innovation ecosystems on the coasts, such as Silicon Valley, San Francisco, Seattle, Portland, Raleigh, Boston and D.C., acted as magnets for young talent. Millennials flocked to where the best professional opportunities materialized. As young adults, many deferred marriages and starting families to focus on advancing their careers and to experience the culture and lifestyle amenities that these thriving coastal cities offered. As previous generations were told by Horace Greeley to “Go West, young man,” to seek their fortunes, Heartland Millennial women and men ventured both West and East after the Financial Crisis and severe economic contraction devastated the region.

Many coastal media concluded that the Heartland had little to offer Millennials and this narrative reinforced a pattern that was underway. One New York Times columnist suggested that the region was full of “jobless men,” with many experiencing “deaths by despair.” Certainly, many rural areas in the Heartland witnessed a plunge in white male labor force participation and the associated opioid epidemic, but this perspective was vastly overstated.

As this study documents, there is evidence that Heartland locations are doing better at retaining and attracting members of the Millennial generation in recent years. While it is premature to conclude that the majority of communities in the Heartland have turned the corner, the balance is moving more in their favor. Most metropolitan and micropolitan demographic data detail on Millennials is available just through 2017. Anecdotal information available for 2018 and 2019 intimates that the pattern of Millennial expansion in the Heartland accelerated. The data and interviews of Millennials contained in this report suggest that both push and pull factors are at play.

The coastal tech boom led to rapid Millennial population growth, and when combined with restrictive land-use policies that limited new housing supply, it caused housing prices to escalate. As Millennials aged, they approached the period in their life cycles when it was time to start families and move into larger residences. In addition to rising home prices and rents, many other costs of living surged.

Read the rest of the piece at Heartland Forward.

Download a copy of the full report here (PDF opens in new tab or window).