You are here: Home1 / Articles2 / California3 / Letter from Los Angeles: The Death of Small Business is a Tragedy for Jewish... 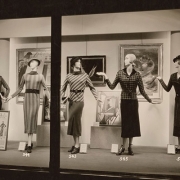 “Small-scale commercial production is, every moment of every day, giving birth spontaneously to capitalism and the bourgeoisie…wherever there is small business and freedom of trade, capitalism appears.”— V.I. Lenin

A great connoisseur as well as sworn enemy of the free market, Vladimir Lenin might smile a bit if he witnessed what is now happening to small businesses in the current Covid-19 pandemic. Even before, America was experiencing falling rates of business formation as well as declining homeownership, particularly among the young. The share of GDP represented by small firms had dropped from 50 to 45% since the 1990s.

Now the current pandemic, and the policies being applied to contain it, are creating a perfect storm that could devastate millions of already struggling businesses. Millions of little firms have been forced to shut down, with some likely not to open before the summer, if ever.

The longer the shutdown continues, the tougher things could become for many of the estimated 30 million small businesses that employ roughly half of all Americans. The prospects are particularly bleak for restaurants, small retail establishments and “personal service” establishments like salons and gyms whose primary selling point against larger firms has been their scale and familiarity with customers. According to the JP Morgan Institute, 50% small businesses have a mere 15 days of cash buffer or less. If the shut down lasts much longer, as many as three-quarters of independent restaurants simply won’t make it.
In the end, once the fog of the pandemic dies down, we are likely to see a great deal more empty storefronts and many of our beloved local businesses abandoned. And the body count is expected to include high profile names such as Nieman-Marcus, Rite-Aid, AMC Theatres. J. Crew and 24-Hour Fitness.

In contrast, this pandemic could usher in a golden age for efficient, technology-savvy firms like Amazon, as well as better capitalized chains such as McDonalds or Chick-fil-a, which have shifted well to online platforms and are better positioned to return to full business after the disruption. If the shut down lasts much longer, expect your local taco stand to be replaced by the likes of Taco Bell or Chipotle and the family Chinese spot by Panda Express.

Small business has been a critical element in America’s remarkable record of ethnic uplift. In America and other western countries, suggests historian Ellis Rivkin, “the fate of the Jew and of Judaism came to hinge on the capitalist revolution” as feudal barriers disappeared. Over the past century other newcomers — Italians, Chinese, Indians, Cubans, Africans to name notable examples — have focused on small business to advance into the middle class. In recent years entrepreneurship has risen most notably among immigrants and, increasingly, women, eager to make their bid for independence and self-sufficiency.

The loss of small firms over the past decade has done much to alter the unique character of many of our great cities. Ethnic shopping districts, like the once vibrant Polish neighborhoods in Chicago, have all but lost their shops and customer base. In New York the once ubiquitous delicatessens and Greek-owned diners are becoming endangered species. The City Journal notes that in Gotham, once home to small, independent restaurants, larger restaurant groups have begun to “dominate the culinary scene.”

Yet these concerns are not just those colored by nostalgia for the scent of urban streets past. It is also, perhaps even more so, about the slaughter of suburban small businesses. After all, this is where the ethnic Americans of all stripes have concentrated — 80% of all residents of the country’s big metros reside and work in suburbia.

Here the damage includes not only Main Streets but also large shopping complexes and strip malls, the centers that architect Tim Cisneros calls “the immigrants’ friend.” Now many of these malls face bankruptcies as tenants can no longer pay rent. Even before the pandemic, Center Square Investment Management estimated that 44% of current mall retail space will be either shuttered or repurposed over the next five to seven years.

Read the rest of the piece at The Forward.

Public Domain The Pandemic Road to Serfdom
Scroll to top