You are here: Home1 / Articles2 / California3 / Here’s Why California is Losing Population for the First Time 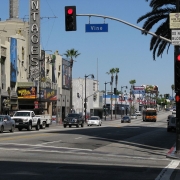 California is suffering a major demographic reversal, one that threatens both the state’s economic future and the durability of its progressive model.

The numbers speak for themselves: The Golden State’s population has started declining for the first time, with new data from the state Department of Finance showing a population loss of 173,000 for the year ended July 1, 2021—a number that includes more than 56,500 pandemic related deaths, mostly of older Californians.

Net domestic migration hit a decade-long low, ballooning from a loss of 34,000 in 2012 to 277,000 in 2021. Over the last 10 years, California lost more than 1.625 million net domestic migrants—more than the population of Philadelphia. Altogether, 2.7 million more people—a population larger than the cities of San Francisco, San Diego and Anaheim combined—have moved to other states from California than the other way around over the last 20 years, and immigration is no longer making up the difference.

Many in the state’s media and political establishment insist that the demographic decline is a “myth” concocted by red-state haters. It’s not. The state that attracted America’s domestic migrants through the 20th century is losing millions of them in the 21st century.

Some California boosters comfort themselves by insisting the people leaving are mostly poor or old. But an analysis of IRS data from 2012 to 2019 indicates that 85 percent of those leaving are in their prime earning years of 25 to 64. In 2019, the largest share of net domestic migrants, 27 percent, was in the 35-44 age category, while 21 percent were aged 55-64. At the same time, the state is seeing a decline in the young, restless new arrivals who have traditionally driven California’s innovative and entrepreneurial economy.

In fact, Los Angeles between 2013 and 2017 ranked only behind New York City for the largest net loss of millennials, notes Brookings Many younger people now choose Dallas-Fort Worth, Austin, Houston, and Denver metros, as well as Riverside-San Bernardino, Sacramento and smaller interior metros in California. The days when California could depend on accruing brain power appear to be at an end. During the 2010s, California’s rate of college educated (BA and above) residents 25 and over rated 34th among the states, lagging the increase in the national rate and well behind such key competitors as Florida and Texas.

Critically, this is not an exodus primarily of the poor. Only 14 percent of the increased net domestic migration from 2012 to 2019 has been among those making less than $25,000, according to IRS data, while those making more than $100,000 accounted for 38 percent of the exodus (and the rate of departure was even higher for those making far more).

INVITE JOEL TO SPEAK
The Left Doesn’t Own Minority Voters