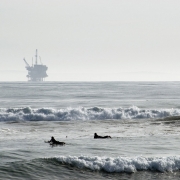 The biggest challenge facing a putative first-term Joe Biden administration and the Democratic Party may lie with energy policy, where gentry and green wishful thinking confront the daily realities of millions of middle- and working-class Americans.

Democrats could choose a climate policy that allows for gradual change – for example, transitioning from coal to natural gas – and consider the feasibility of smaller and safer nuclear plants, while keeping the productive economy afloat. But Biden, despite some wriggling about fracking on private land, just last week committed himself to the gradual eradication of the fossil fuel industry. His running mate, Senator Kamala Harris, is beloved by California’s extremist greens.

Already, in anticipation of a Democratic sweep, utilities are putting some natural gas projects on hold – threatening a powerful growth engine in places like Pennsylvania and Ohio. If Biden continues to embrace the basic thrust of the Green New Deal, if not its full-bore socialist program, the impact could be devastating for manufacturing areas that compete with China, which depend largely on natural gas, coal, and nuclear power to keep costs down. These state economies cannot fantasize, as some do in California, that the resulting social costs will be paid for by the wealthy digerati; lacking sufficient numbers of the rich and famous, these states will be hit hard, and fast.

If, as seems likely, victorious Democrats enact legislation broadly derived from the Green New Deal, major blowback – and economic disruption – seems inevitable. Biden and Harris have been almost comically inconsistent in their statements about fracking, but they’re certainly hostile to it: if they win the White House and pursue a ban, it would likely drive higher prices for energy, reduce national energy self-sufficiency, and cause massive job loss among a large number of Americans, particularly in key states like Ohio and Pennsylvania. 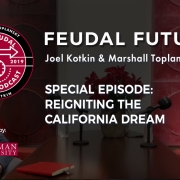 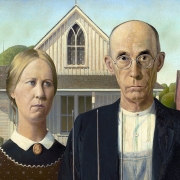 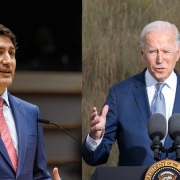 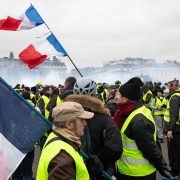 INVITE JOEL TO SPEAK
Politics, Polarization & The Plight Of The Middle & Working Classes...