You are here: Home1 / Articles2 / California3 / Coronavirus: Why California’s Small Businesses May Not Survive 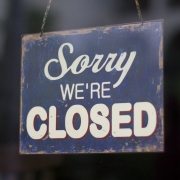 Whatever the medical benefits achieved from the prolonged coronavirus lockdown, California’s small business community will be suffering severe symptoms, likely for decades to come. The state’s small entrepreneurs, particularly in poorer areas, face major readjustments and perhaps obliteration, a situation further complicated for some by damage stemming from the protests over the killing of George Floyd.

These small firms were already in parlous shape before COVID-19. Despite the immense wealth generated in Silicon Valley and among real estate speculators and the entertainment elite, most of the state’s growth in recent years was in low-end service businesses. As a result, 80% of all jobs created in the state over the past decade paid less than the state median income and half of those well under $40,000, according to Marshall Toplansky, a researcher at Chapman University.

California COVID-19 death rates are far lower than states in the Northeast, but our bifurcated economy is deeply vulnerable to declines in service businesses, and particularly in hospitality, retail and restaurant sectors. Roughly 90% of businesses surveyed this month by BizFed, a Los Angeles County organization of business groups, have been severely affected and nearly half have seen their revenue drop over 50%.

Before the pandemic, California’s boosters and leaders could convince themselves that the state had developed a new progressive and sustainable economic model. COVID-19 and the economic downturn have stripped away the glitzy facade, as our unemployment rates now surpass the national average, worse even than New York, the epicenter of the U.S. coronavirus outbreak. It’s particularly bad in Los Angeles, where less than half of residents now hold jobs. L.A. County has lost over 1 million jobs to the pandemic and suffers an unemployment rate higher than any of the major California urban counties.

Southern California’s greater economic vulnerability reflects, in part, its unusual exposure to some of the hardest-hit industries, notably tourism and hospitality as well as international trade. But the economic damage caused by more than two months of lockdown is spreading to industries that depend on selling goods outside the region — such as apparel and medical equipment — and the entertainment industry, which according to recent estimates may have already lost over 100,000 jobs.

If consumers are slow to resume their pre-coronavirus activities, many small firms already struggling with the state’s business regulations and high taxes may be tempted to head elsewhere. Joseph Vranich, a relocation expert who recently moved his own business from Irvine to Pittsburgh, has identified 2,183 publicly reported California disinvestment events between 2008 and 2016. However, experts in site selection generally agree that at least five relocations take place without public knowledge for every one that does.

The places with the biggest gains from California are in Texas, Nevada and Arizona. Between 2000 and 2013, California was the source of about one-fifth of all jobs that moved to Texas — 51,000 jobs.

Perhaps most immediately threatened, however, will be small businesses that focused largely on serving local residents. Take restaurants. The vast majority of the state’s more than 90,000 restaurants are owned and operated by independent proprietors, employing 1.4 million food service workers, according to the California Restaurant Assn. It generates more sales tax ($7 billion annually) than any other industry and some 60% are owned by people of color. Unless the state finds ways to help, 20% to 30% of these restaurants will never open again, the association has predicted.

Like small businesses across the country, many of these firms have not been able to access federal funds to withstand the downturn. Washington’s bailout program, even some Republican economists admit, has been tilted in favor of Wall Street and larger firms. Particularly excluded, note local advocates, have been smaller, often immigrant-run businesses which lack strong bank relations. They also often lack savings and much of their business is cash-based. Still others are owned and operated by noncitizens, some of them undocumented people.

In many neighborhoods, there is widespread concern that local owners of small shops, apartment buildings and commercial properties won’t be able to hang on and will be taken over by outside investors with no tie to the area. The need for social distancing protocols has worked against small stores that rely heavily on personal contact with customers and can’t make up all of their revenues through online sales. Some already see this trend as accelerating gentrification that was happening before the coronavirus.

“The business owners are scared,” suggests Mirabel Garcia, who works on micro-loans for the East L.A.-based Inclusive Action for the City. “They are worried they will not be able to hold on against Wall Street and the big investors.”

California will emerge from this crisis, but what kind of state will it be? The power of the tech oligarchy — the biggest winners during the coronavirus crisis — will likely further their hegemony. But the reality for most in the business sector will be far less grand: empty stores, broken dreams, defaulted mortgages and less opportunity for the kinds of entrepreneurs who created California’s century of economic dynamism.

In this economic crisis, state government needs to look out for the interests of grassroots entrepreneurs. This includes helping smaller firms adjust to new social distancing requirements and providing technical assistance so they can better compete with megastores or Amazon. It also means protecting small business owners against nuisance lawsuits related to coronavirus claims. Measures like California’s Assembly Bill 5, which seeks to greatly limit contract work, should at least be suspended at a time of record unemployment.

Given California’s deepening budget problems, rooted in huge state costs and pensions, the state cannot afford to prop up deserted business and millions of unemployed workers. There’s only so much that can be done to curb the inevitable “creative destruction” caused by the pandemic.

But entrepreneurs are, if nothing else, resilient. If they are given enough help to survive, they will eventually adjust to the new realities, and find new ways to thrive to the benefit of all Californians.

“It breaks my heart to see all the empty stores,” said Vivian Bowers, who runs her family’s dry-cleaning business, which has been in South Los Angeles for 63 years. “But entrepreneurs are tough. At this business we have survived numerous recessions and two riots. Give people a chance and they can come back.”