You are here: Home1 / Articles2 / Politics3 / The Next Culture War 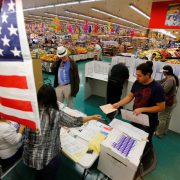 The culture war over religion and values that dominated much of the last quarter of the 20th century has ended, mostly in a rout of the right-wing zealots who waged it.

Yet even as this old conflict has receded , a new culture war may be beginning. This one is being launched largely by the religious right’s long-time secularist enemies who are now enjoying unprecedented influence over our national politics.

For all the manifest differences between these two groups, these culture warriors have much in common. Each represents an effort by a highly motivated minority to impose a particular vision of life on a population that does not share either their level of conviction or specific policy preferences.

The Christian right saw its mission as using government policy to restore family and faith to a country they saw losing adherence to both. Not content with hometown pieties, they wanted to use government power to regulate areas ranging from abortion and gay marriage to stem cell research, in ways reflecting their values and agenda.

For a while, their agenda also appealed to white ethnics in urban areas, largely Catholics, who recoiled against the crime and disorder in city streets. When they moved en masse to the suburbs, the religious right’s social base narrowed further.

One critical weakness of the movement stemmed from the fact that many prominent figures like Pat Robertson, Jerry Falwell and Jesse Helms rose from the segregationist South. This limited their appeal outside the white Confederate ethnic enclaves in small towns and some Southern suburbs. They were notably less successful in the fastest-growing, more ethnically and socially diverse communities, where the future of evangelical Christianity now is being shaped.

Many of the goals espoused by Christian political activists are clearly commendable – promoting charity and respect for human life. In some areas, such as abortion, they have made real inroads on influencing broader society’s attitudes. But overall, their political attempts to impose a narrow religious agenda has fallen into disrepute even among Republicans.

Today, the locus of the culture war has shifted to the secularist left, whose primary geographic base lies in our densest, most elite cities. This group has evolved into its own version of what the Calvinists would call “the elect” – those chosen to thrive amid a sinful nation. They might also be called “the cognitive elite,” since their self-image comes not from religious worship but from a sense of higher intelligence, greater rationality and even superior healthfulness.

Perhaps the most honest description of this largely urban grouping was made in the Seattle alternative paper The Stranger shortly after George Bush’s 2004 re-election. Shocked by John Kerry’s defeat, The Stranger defined their preferred constituency as “islands of sanity, liberalism and compassion.” The red regions, they concluded, were the abode of “people [who] are fatter and slower and dumber.”

At the time, The Stranger’s solution was to secede in spirit from the red states and build a new America hewing to what they considered humane and scientific values. Yet four years later, the self-proclaimed “islands of sanity” now dominate the government in a manner unprecedented in recent American history.

The rapid ascendancy of the new culture warriors has everything to do with class and caste. The religious right’s base lay predominately in the small towns and lower middle class. They may have had more votes than the sophisticated city-dwellers, but in the end they had little influence among Bush-era policy-makers, whose greater allegiance was to Wall Street, energy and other corporate interests.

In sharp contrast, the cognitive elites rise straight from the critical bastions of Obama-era power. They draw strength from the mainstream media, the vast “progressive” non-profit community, the universities, and the professional policy elites. University and think-tank denizens, according to a recent National Journal survey, constitute 37 percent of the top 366 appointees by the Obama administration, far more than under the Bush regime.

One group, not surprisingly far less well-represented, are white Christians, whose number, according to the National Journal, has dropped from 71 percent under Bush to 46 percent. It’s not that the Obamites lack faith, just that they lean less to conservative Christianity and more toward the gospel according to Al Gore.

Like their Christian right counterparts, the cognitive elite’s agenda does address some important issues. You do not have to embrace the theology of global warming (aka climate change) to favor incentives for reducing energy use and cleaning up pollution. Advocating healthier outcomes through more walking, bike riding and better school lunches also make sense as public goals. And a planning approach that allows for more housing options in suburbs and better access to transit also could be useful.

The problem here, as with the Christian right, lies with overzealousness and intolerance. Whether environmentalism qualifies as a religion or ideology for legal purposes, it is clearly being embraced in a quasi-theological way. As Bjorn Lomborg and others have pointed out, any objection to the Gorite carbon emissions agenda invites scorn and denunciation for, as Paul Krugman recently suggested, “treason against the planet.” Even mild skeptics can expect to be treated like a strident atheist at a mega-church – although probably with likely far less compassion or politeness.

Critically, the climate-change zealots likely will be in our faces and wallets far more than the religious fulminators. Although the public is widely skeptical of the whole climate change agenda, they will have to confront a huge new bureaucratic apparatus that could impact millions of businesses and local planning decisions down to the household level.

This desire to micromanage in the public interest also extends well beyond climate change. There is clear desire now to influence everything from how we live to what we eat. You can see the beginnings in everything from ever-higher cigarette taxes to bans on trans-fats at your local hot dog stand.

San Francisco, always ground zero for such intrusive lunacy, now has determined to find ways to shove healthy foods on the plates of city residents, preferably from urban gardens. The city is even taking steps to prevent city workers from ordering donuts for meetings. Now bureaucrats must follow guidelines from the Health Department.

City workers even have to cut bagels into quarters or halves, presumably so that workers may all look as svelte as Mayor Gavin Newsom. “We have an eating and drinking problem in America,” declared Newsom, a candidate for governor with an admitted former alcohol problem of his own.

But perhaps the most intrusive changes may come in terms of planning and development. The Obama administration has already declared its desire to “coerce” people out of their cars and discourage sprawl in order to promote its health and carbon-cutting agendas.

This could evolve into a concerted attempt to force more Americans into the high-density housing as opposed to the single family suburban homes they prefer for reasons ranging from cost to privacy and safety. It may be questionable how much these steps will improve health or the environment, but this may not matter much given the current theological consensus.

What we now see is policy enacted in the name of scientific dogma, even though science’s essence lies in open inquiry and debate. In the process, agendas are often conflated; reports even mildly contrary to the received wisdom of climate change are ridiculed or ignored. For some urbanists, climate change also provides a convenient excuse to reverse the dispersion to suburbs that they have railed against for decades.

What we need now is not self-interested dogma, but open, wide-ranging debate designed to find the most effective ways to achieve energy efficiency in both cities and suburbs. Amid the worst economic downturn in a half-century, we also might want to weigh the impact of some “green” policies on the employment, income and wealth prospects for middle- and working-class Americans.

The anointed secular clerisy seems destined to become very unpopular. Americans do not like to be preached to by their political leaders about how to manage the details of their lives, particularly when the preachers often fail to follow their own precepts; this was a core problem with those who aligned with the religious right. Environmental and health activists would do better to focus more on suasion as opposed to coercion and to offer incentives rather than dictates to achieve their goals.

They should also learn that problems are addressed most effectively at the local, community and familial levels. The wide access to information through the Internet undermines the very logic for relentlessly centralized solutions; the best “green” policies may be those that evolve organically and fit specific local conditions.

Basically, cultural warfare makes for stupid politics, as the Republicans should have – but likely have not – learned by now. The new culture war now developing could pose similar dangers for the Democrats, if they are not careful.

INVITE JOEL TO SPEAK
Tracking Business Services: Best And Worst Cities For High-Paying JobsThe Blue-State Meltdown and the Collapse of the Chicago Model
Scroll to top